Genres continue to be limited to political thrillers and crime flicks, and the scarcity of female roles persists. Despite the relative lack of diversity, however, 2017 turned out to be a year that offered several pleasant, unexpected surprises for moviegoers. Quieter, more pensive films excelled this year, offering insight into humanity and the everyday.

“Okja” is a film full of heart, an optimistic story that also peers into some of the most twisted aspects of a social order mankind has created for themselves.

Vegetarians and environmentalists hailed the film as an effective campaign tool against the mass-production of meat, and though it makes an excellent case, the film is much more than an advocate for green eating. It speaks of universal issues such as the need for empathy, the inevitable pang of growing up and facing a vicious world, the inhumane order of capitalism and the terrible consequences that one person’s envy can cause.

In Korea, dozens of period pieces are made every year for both film and television, but “The Fortress” is that rare example of a historical drama that appreciates history in all its complexity.

It also invites viewers to ponder philosophical issues through characters who seem to adhere to a higher moral standard than the modern bureaucrat.

The year is 1636. The location, Namhansanseong, a mountain fortress southeast of Seoul. Joseon’s King Injo (Park Hae-il), his advisers and people are trapped within its walls in the freezing winter, unable to escape from or fight against a Chinese invasion.

At the center of the film lies the ideological struggle that ensues as the king’s two highest advisors -- Choi Myung-gil (Lee Byung-hun) and Kim Sang-hun (Kim Yoon-seok) -- fiercely debate on the course of action to take. Choi opts to surrender, arguing that life and survival precede lofty ideals, while Kim, staunchly believing that the only meaningful life is one with honor and dignity, argues Joseon should fight even if it means death.

The film’s debate mirrors the philosophical tension that was pervasive throughout the Joseon era; some scholars today argue that it was Joseon’s excessive emphasis on form and formality that led to its demise. In the film, both arguments, meanwhile, pale when compared to the brutal reality of people dying from frostbite and starvation.

Humorous, intelligent and reflective, this is a gem of a film and the directorial feature debut of acclaimed actress Moon So-ri, known for films such as “Oasis.” Moon, who penned, directed and starred in the film, tells a semi-autobiographical three-part story about the daily life of an actress, which usually begins and ends in a breakdown in her van.

Moon struggles with the gap between the cachet people place on actresses -- “You must not eat (cheap) food like this!” -- and the painfully menial, often demeaning, details of her actual daily routine. With a livelihood that relies so heavily on “personal charm” and “beauty,” the actress perennially wavers between confidence in her skills, the courage to ask for better roles and intense insecurity. The film ends with a stirring contemplation on art and life.

With his sophomore feature, Kim Dae-hwan proves once again that he has a keen eye for capturing the real Korean family. His debut work “End of Winter” observed how deep-seated resentments begin manifesting themselves after a family is snowed in in their hometown.

“The First Lap” focuses on a young couple as they attempt to navigate adult life, meet each other’s families and evade, for as long as possible, that daunting institution of marriage for fear of turning out like their respective parents. In two achingly naturalistic performances that were in large part adlibbed, according to director Kim, Jo Hyun-chul and Kim Sae-byuk bring to life a thoroughly average millennial Korean couple and all their blunders.

Director Byun made an explosive debut with the stylish noir “The Merciless,” which was invited to Cannes Film Festival’s midnight screenings in May.

The value of this film lies in its style -- its bold, vintage colors, the meticulous arrangement of the buildings and people -- and how it follows the emotions of its two lead characters, the seemingly hardened gangster Han Jae-ho (Sol Kyung-gu) and reckless young delinquent Jo Hyun-soo (Im Si-wan). Their relationship evolves to become deeper than a bromance and more calculated than a romance.

The film’s box office numbers, meanwhile, received a blow due to public outrage at director Byun’s sexual tweets about his actors, for which the director subsequently apologized.


Distinctly ‘Korean’ films that soothed the souls of Koreans 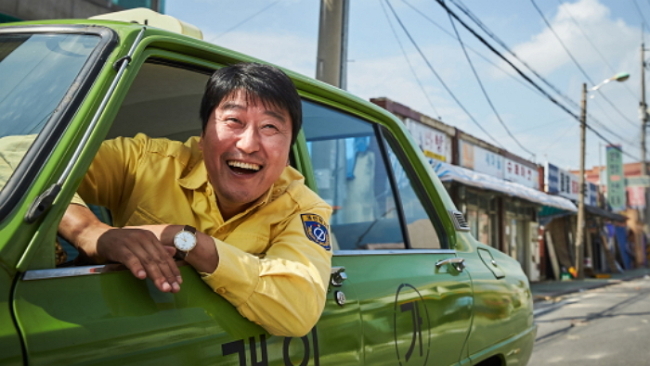 "A Taxi Driver" (Showbox)
“A Taxi Driver,” directed by Jang Hoon, became the 11th most-viewed Korean film of all time. Through the movie, we see that through the efforts of one taxi driver -- played by the always enjoyable Song Kang-ho -- and a relentless German journalist, Korea’s May 18 Democratic Uprising, where hundreds were killed while protesting the military government, became known to the world. 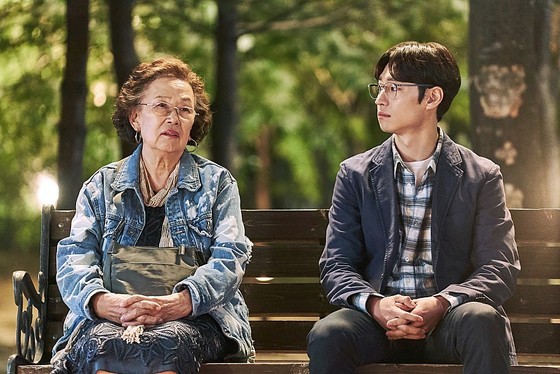 "I Can Speak" (Lotte Entertainment)
“I Can Speak,” directed by Kim Hyeon-suk, also deals with Korea’s lingering pain from history. The elderly Na Ok-boon (Na Moon-hee) is a neighborhood busybody who pesters civil servant Park Min-jae (Lee Je-hoon) for English lessons. It turns out that Na was forced into military sexual slavery in her youth by the Japanese. By learning English, she exposes Japan’s crimes on the international stage. 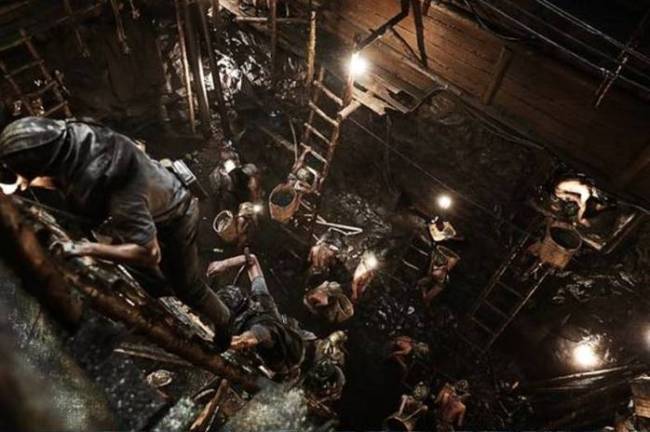 "The Battleship Island" (CJ Entertainment)
Ryoo Seung-wan’s “The Battleship Island” recreated almost in its entirety Japan’s Hashima Island, where Korean people were forced into slave labor by the Japanese, both using a set and through computer graphics. The film shows large-scale explosions in the narrow underground coal mines, Korean laborers’ decrepit living conditions and a rebellion that breaks out among the workers. 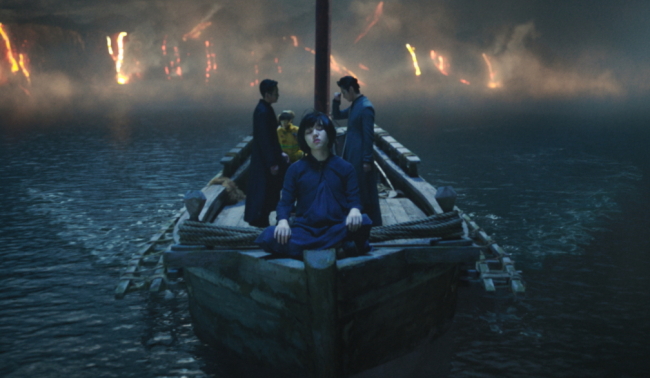 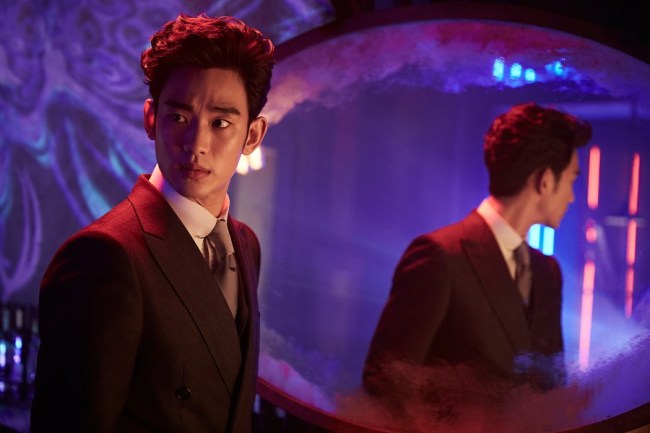 "Real" (CJ Entertainment)
Director Lee Sa-rang’s “Real,” starring Kim Soo-hyun, caused a small sensation when it was released in June. With blaring electronic visuals (so much red lighting), a plot that attempted to intertwine the present, the past, the psyche, and reality, and explicit sex scenes, the film was incomprehensible and utterly new -- though perhaps not in the best way. It is worth noting for its courage to break all rules. 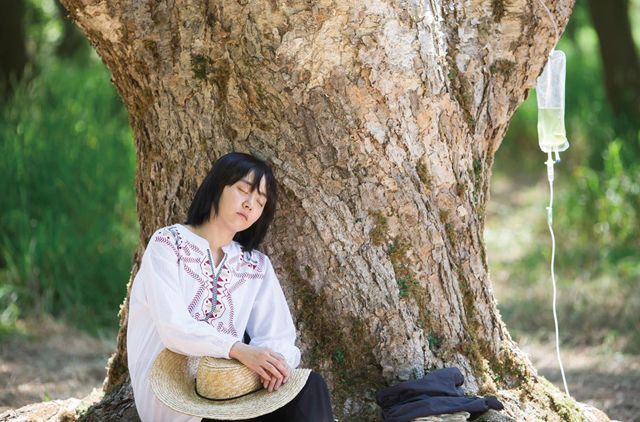 "Glass Garden" (Little Big Pictures)
Shin Su-won’s “Glass Garden” features a scientist (Moon Geun-young) who isolates herself in the forest to research blood. She discovers a way to create “green blood” by infusing blood with chloroplasts, and dreams of one day turning into a tree. The novelty of the premise led the film to open this year’s Busan International Film Festival.