“Our alliance was forged in blood and laid the foundation for freedom and the peace and prosperity of ROK. We stood and fought together in Korea, Vietnam, Afghanistan and Iraq,” the ROK-US Friendship Association United said in a press statement. 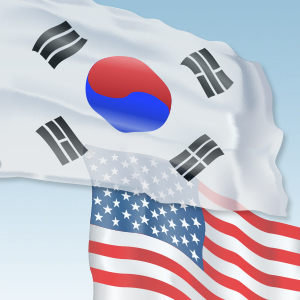 “The people of the Republic of Korea will never forget the noble sacrifices of US soldiers, sailors, airmen and marines who shed blood to defend our country from North Korea’s invasion during the 1950-53 Korean War. Thanks to our alliance, we have successfully deterred North Korea’s aggression and maintained peace on the peninsula for the past 64 years, becoming an economic powerhouse.”

Together with the international community, Washington and Seoul should exert joint pressure on Pyongyang to deter and force the regime to abandon its nuclear and missile program, the association added.

Trump will arrive in Seoul on a second stop of his tour of five Asian nations, where North Korea’s denuclearization and bilateral trade with Korea are expected to top his agenda. Trump has criticized the bilateral Korea-US free trade agreement, which entered into force on 2012, as a “job-killing trade deal” and “one-way street” for increasing the US’ trade deficit.

Trump initially threatened to back out of the agreement, but has since agreed with Seoul to renegotiate it. South Korea’s top trade negotiator Kim Hyun-chong has stated the two governments have begun renegotiating on the accord, but also that the deal being scrapped cannot be ruled out.

“Korea-US FTA should be mutually beneficial to both countries’ national interests on the basis of reciprocity and play a key role in supporting our alliance,” the group of organizations said. It also stressed that wartime operational control must be transferred to Korea only after a firm self-defense posture is established.