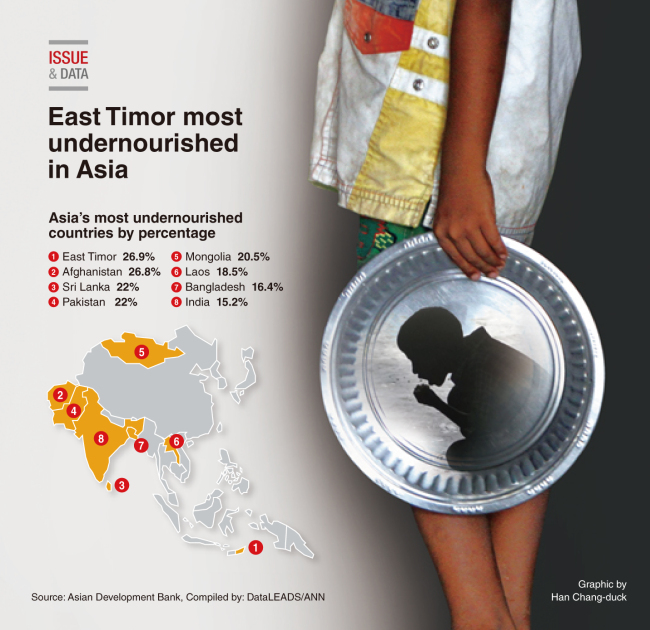 East Timor, Afghanistan, Sri Lanka and Pakistan have the highest rates of undernourishment in Asia, according to the Asian Development Bank.