[Eye Plus] Pansori, palace and autumn breeze under moonlight 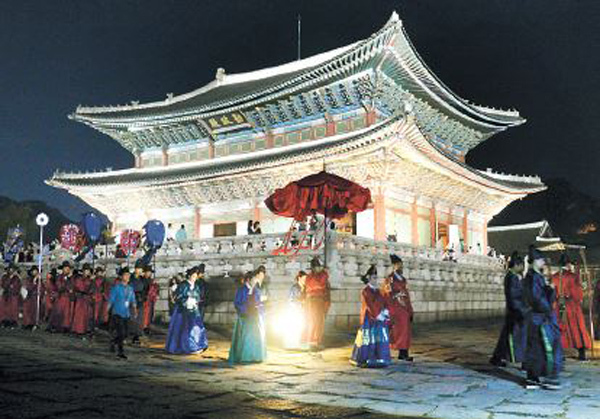 And Pansori, traditional Korean music, flows through the crisp autumn night, the best season to enjoy the picturesque royal palaces of the Joseon dynasty. Four royal palaces in Seoul, from Gyeongbokgung to Changgyeonggung, are open to the public also at night from 7 p.m. to 10 p.m., with various cultural programs such as concerts and plays being offered for visitors. 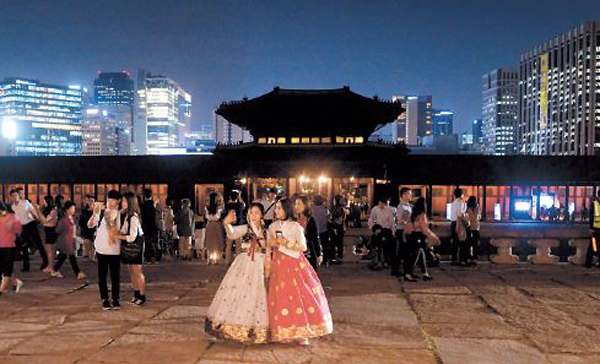 Dubbed “moonlight tour to royal palaces,” the nighttime stroll offers a rare chance to appreciate the sophistication of Joseon-era architecture blended with the surrounding natural landscape under the moonlight. Symbolic architecture including Gyeonghoeru Pavilion at Gyeongbokgung are reflected on the water, creating a magnificent sight that cannot be seen during the daytime. Visitors immerse themselves in the true beauty of the Joseon palace, with some in hanbok, traditional Korean dress, taking photos as if they are royalty. The lavish colors of Joseon architecture, the soothing sound of gukak and the breeze of autumn is all there at royal palaces in Seoul during the nighttime, probably one of the best ways to enjoy the true beauty of Korea. 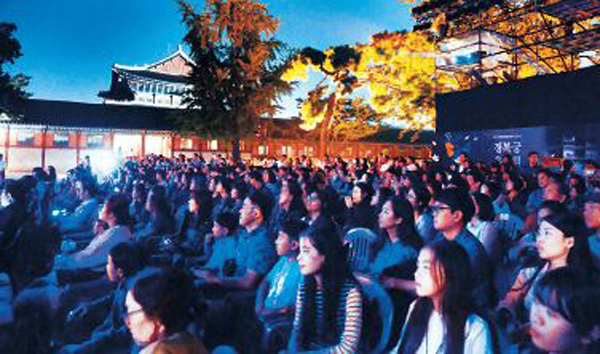 During the Chuseok holiday, the four royal palaces are open for free, with a traditional music concert scheduled at Gyeongbokgung Palace and Jongmyo Shrine until Oct. 21.