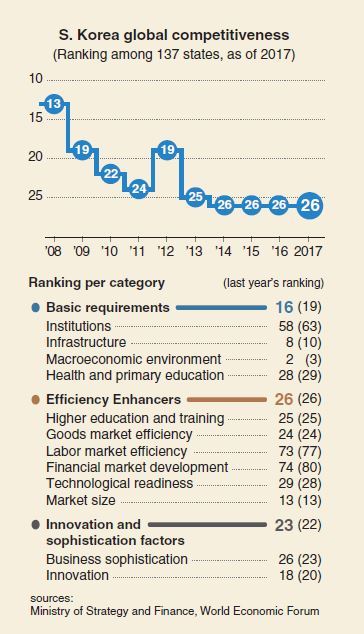 South Korea’s global ranking in the global competitiveness index remained unchanged at No. 26 this year, held back by challenges in the labor and financial sectors, according to a report by the World Economic Forum.

While the macroeconomic environment rose to be the world’s second most competitive, the labor market efficiency and financial market development pillars hung at Nos. 73 and 74 among the 137 subject countries.

“Korea is one of the few advanced economies that have experienced a general decline in performance for the majority of its pillars of competitiveness,” the WEF report said. “The country still presents large disparities.”