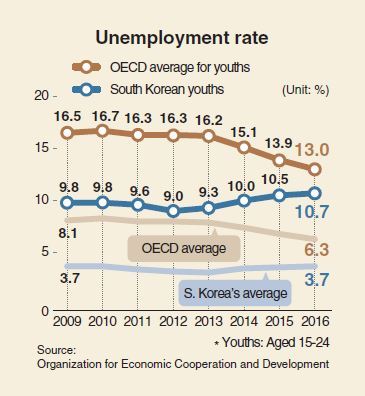 While the world economy is on a recovering trend, South Korea continues to suffer from aggravating unemployment, particularly among the youth, data showed Monday.

The average unemployment rate among the member countries of the Organization for Economic Cooperation and Development has steadily declined over the past six months. However, that of South Korea has continued to surge for the past four years.

South Korea’s youth unemployment rate is 0.9 percentage points higher than the 9.8 percent witnessed during the financial crisis in 2009 and 2010.