[Eye Plus] Chinatown in Incheon, still at the heart of Korea-China ties, history

The blue-colored board attached to the 11-meter high structure reads Zhonghuajia, Chinese for ‘Chinese avenue,’ marking the entrance to Incheon Chinatown, the largest Chinatown in the nation.

For over 130 years, Incheon Chinatown has been standing as the only officially recognized one of its kind in Korea since 1884, when Joseon Dynasty leased parts of Incheon to Qing Dynasty, a year after the whole city was designated as the extraterritoriality of the last dynasty of China in 1883. The self-secluded Joseon Dynasty agreed in a bilateral treaty to open gates to Qing Dynasty through the city for the first time in 1882. 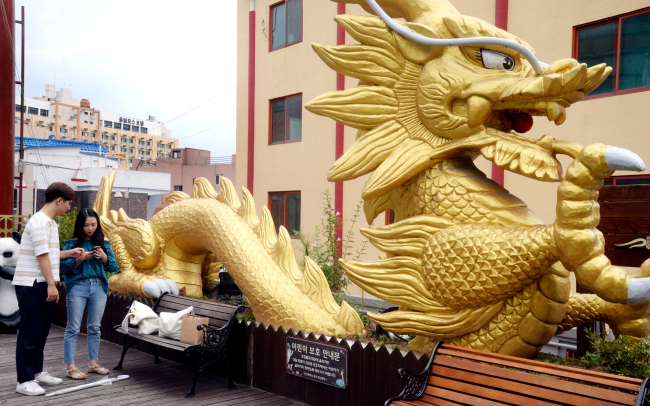 The town, some 40 kilometers west of Seoul, harbors styles, colors and tastes of China from a century ago. Formidable yet dazzling gold dragon statues, a red wall dotted with masks used in Peking opera performances, statues of life-sized pandas and a wall narrating the Chinese history of the Three Kingdoms period during the third century constitute the tourist attraction to locals and visitors to Korea alike. 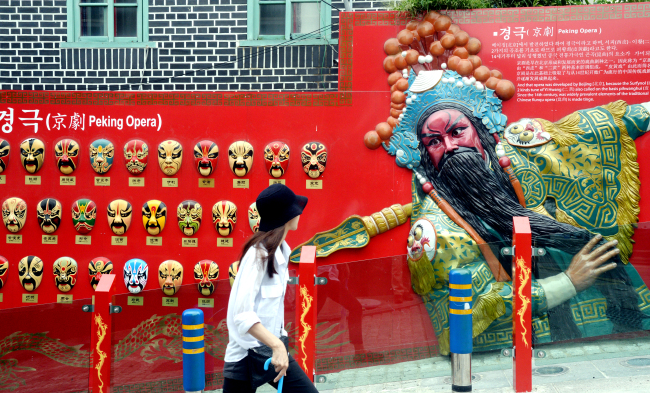 The Chinatown in Incheon is also the birthplace of Zhajiangmian, or stir-fried black soybean sauce-topped noodle, perceived as the most popular Chinese food among Koreans. The noodles, originally served to Chinese laborers seeking nostalgia, became all the rage in South Korea, with a restaurant named Gonghuachun, meaning China Spring, spearheading the trend until it shut down in 1983 due to government-backed crackdown on overseas Chinese people across the nation. 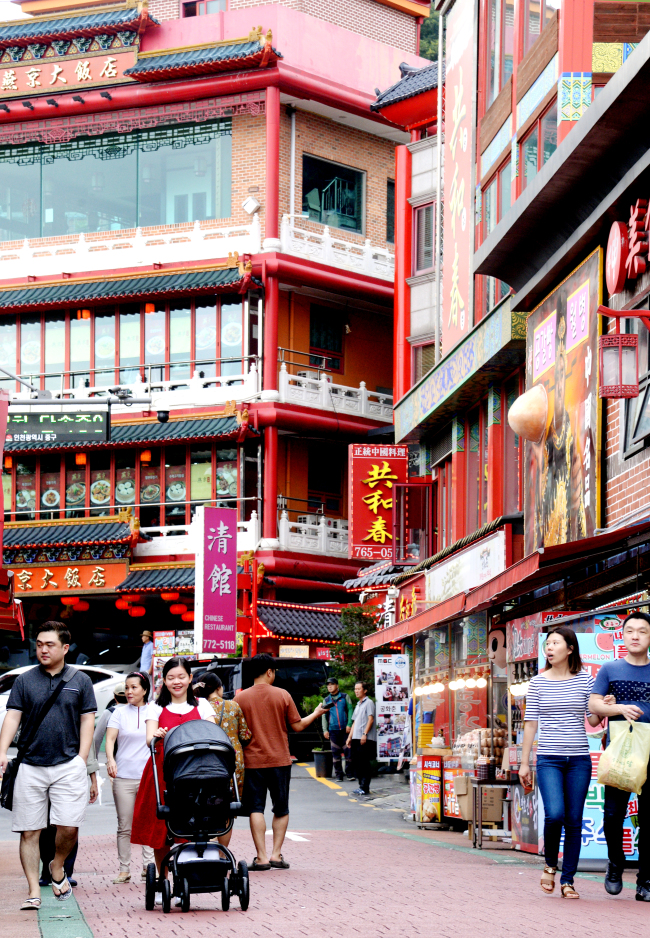 The 300,000-square-meter large town, however, was not an exception to the latest yearlong blow from China’s alleged travel ban on Korea. Chinese descendants in the town, including business partners with Korean companies, suffer from the latest ban, calling the government‘s move a ”boomerang to its own people.“ But the hope still prevails within the small district that its legacy of bridging South Korea and China through cultural exchanges, would continue, regardless of the ongoing diplomatic disputes.