By Korea Herald
Published : May 9, 2017 - 14:33       Updated : May 9, 2017 - 17:21
South Korea’s major stock index is likely to continue setting record highs under the new president, due to strong anticipation toward the new government, robust local corporate earnings and the improving global economy, analysts said Tuesday.

The benchmark Korea Composite Stock Price Index shot up to a historic high of 2,292.76 on Monday, a day before the Tuesday presidential election, mainly buttressed by the strong buying of foreign investors. 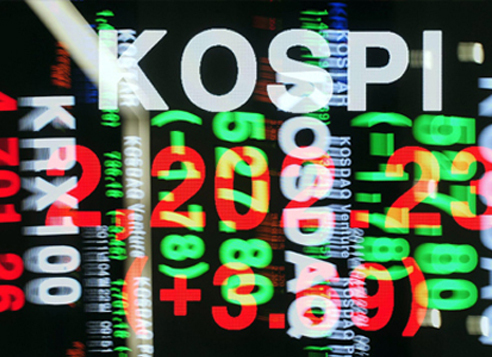 “Although Kospi hit a record high, its price-to-earnings ratio still remains low at 9.1. The low PE ratio means that the growth of Kospi firms’ earnings is absolutely outpacing the rise of Kospi,” said Seo Bo-ick, an equity strategist at Eugene Investment & Securities.

While Kospi rose 13.2 percent this year as of Monday’s close, Kospi companies’ operating profits surged 28.2 percent on average this year, according to Seo.

“While Kospi was about 10 percent higher than market expectations in the first quarter, the index will continue to renew record highs with anticipation of the new government.”

Another analyst, Kim Yu-kyum at Cape Investment & Securities, said in an early May report that the next administration’s pledge to support job creation and boost the recovery of domestic demand could drive up Kospi as well.

“With global risks such as the presidential election in France cleared and the US economy recovering, local stocks will keep going up,” he said.

This year, experts picked stock investment as one of the most prospective investment tools.

On the other hand, investment in real estate might not be a good idea for now, due to rising interest rates and an oversupply of new homes, they said.

“It would be better to wait for one or two years, if you plan to buy a house,” Yeon was quoted as saying by Yonhap News Agency.

Gold and the dollar are also included in the investment portfolios of private bankers, as the global economy is in a reflation phase in which expansionary fiscal policies boost the economy. Gold prices tend to go hand in hand with inflation and the dollar is expected to get stronger in the mid-to-long term with the US expecting further hikes in interest rates, observers said.