Net profit came to 492.1 billion won ($434 million) in the January-March period on a consolidated basis, up 54.2 billion won from a year ago, the group said in a regulatory filing. It marked the highest quarterly net profit since the first quarter of 2012. 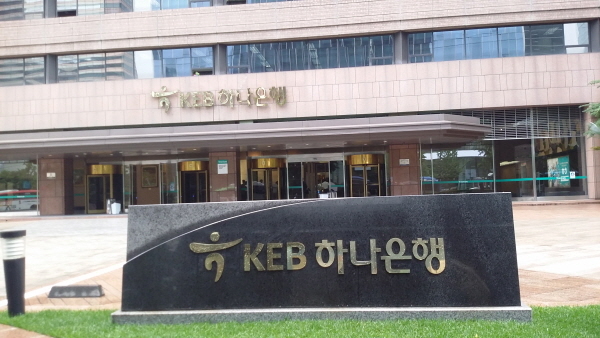 Hana Financial Group said it has set aside an additional 350.2 billion won in provisions against possible non-performing loans extended to local shipbuilders.

South Korean shipbuilders have been under severe financial strain since the 2008 global economic crisis, which sent new orders tumbling amid a glut of vessels and tougher competition from Chinese rivals.

Hana Financial Group said its interest income came to 1.19 trillion won in the first quarter, up 2.1 percent from a year earlier.

The group's net interest margin, a key barometer of profitability, stood at 1.86 percent in the first quarter, up 0.06 percentage point from the previous quarter.

Flagship KEB Hana Bank posted a net profit of 478 billion won in the first quarter, down 2.9 percent from a year earlier. The bank said one-off loan-loss provisions are to blame for the decline.

KEB Hana was launched Sept. 1, 2015, after Hana Financial Group acquired what was then Korea Exchange Bank.

Hana Financial Group said the increase in profit was largely attributed to increased interest income and synergy effects following the acquisition of KEB.

Shares in KEB Hana rose 2.62 percent to 37,200 won on the Seoul bourse, outperforming the broader KOSPI's 0.74 percent gain. The earnings results were released after the stock market closed. (Yonhap)