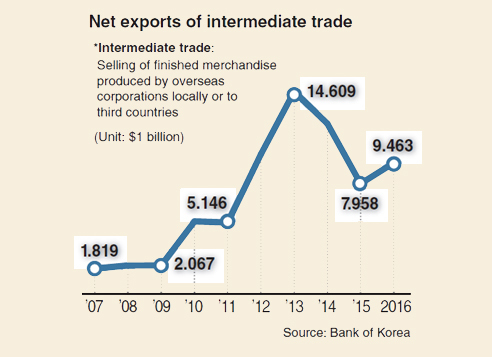 Net profits from intermediate trade have been increasing since several years ago, as businesses started investing heavily overseas, and had reached a record high of $14.6 billion in 2014.

By 2012, overseas production of smartphones, in particular, took up about 80 percent of the total, compared to 16 percent in 2010.

The trend, however, has also invited criticism for its negative impact on the domestic job market and in attracting investment.