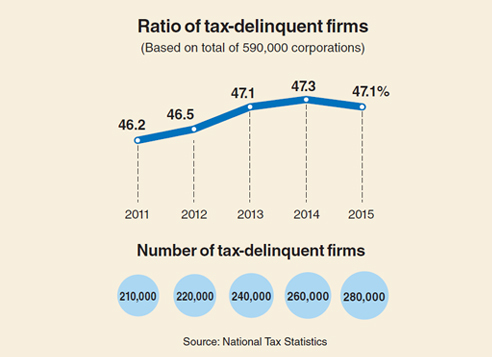 Nearly half of South Korea’s corporations and workers were tax delinquents as of 2015, data by the National Tax Statistics showed Wednesday.

Some 280,000 corporations failed to pay due corporate taxes, taking up 47.1 percent of the total.

While the ratio wasa slight decline from the previous year, the number has continued to rise.

NTS said tax delinquents had generally been firms that made losses.

Out of some 8.1 million workers, 46.8 percent of them had not paid the tax they owed.