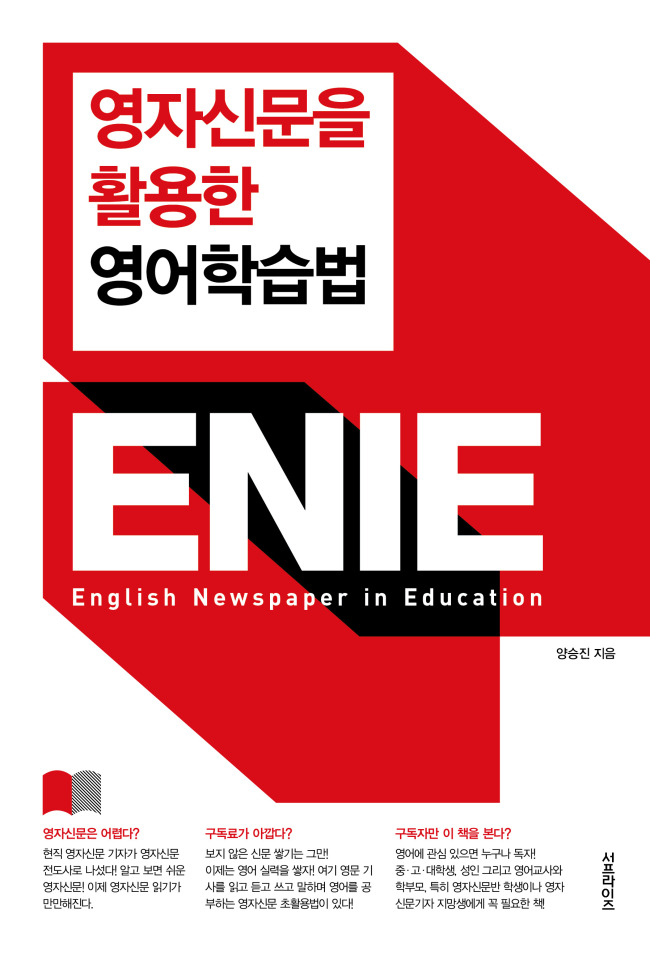 English newspapers in South Korea have a long history. The Korea Herald, for instance, was founded in 1953. With English increasingly playing the role of an international language and mobile phones offering constant access to a vast amount of information, the number of those who can read and absorb news in English is on the rise.

But for many Korean learners of English, newspapers still provide a mixture of difficult texts. Students are vaguely aware that reading English newspapers will help improve their English proficiency, but rarely find an easy or desirable way to start. Once they subscribe, some readers attempt to read every single article in an English newspaper from the first page to the last, as if their money shouldn’t be wasted.

Yang Sung-jin, the multimedia editor of The Korea Herald, who previously published an English reference book “News English Power Dictionary,” said the attempt to read every article in an English newspaper often backfires.

In his new book, Yang encourages subscribers to begin with a small yet time-honored step: reading as many headlines as possible. As headlines are often the summary of what news articles try to convey, browsing headlines tends to deliver plenty of information as well as useful English expressions that can used for other practical purposes such as writing and speaking, Yang said.

Another tip is to pay attention to background knowledge related to the news articles in question. Many of the articles in local English newspapers deal with Korea-specific topics and incidents. In general, Korean readers are already familiar with such issues through Korean media. Therefore, one can guess the meaning of key words in English articles by referring to what they already know. This is known as “schema” in academia.

The book introduces a type of English education methodology called ENIE, which is focused on utilizing English newspapers in Korea in the classroom. A growing number of middle and high schools across the nation are setting up English newspaper clubs run by students as part of extracurricular programs to boost their curiosity about journalism and help strengthen their English writing skills.

The author also proposes a variety of strategies and tips aimed at getting the most of English newspapers from the perspective of English learners in Korea. From headline scanning to photo captions to editorials, Yang details steps needed to decode news articles and simultaneously learn new English expressions.