Samsung Electronics Co. plans to announce the results of its investigation next Monday into what caused the Galaxy Note 7 smartphones to overheat and catch fire, company officials said Monday.

Details of the results were not known. However, a failure in the inspection and measurement of the batteries used in the Note 7 is believed to be blamed for the problem, despite the Note 7's ambitious design with advanced features such as an iris scanner and curved display. 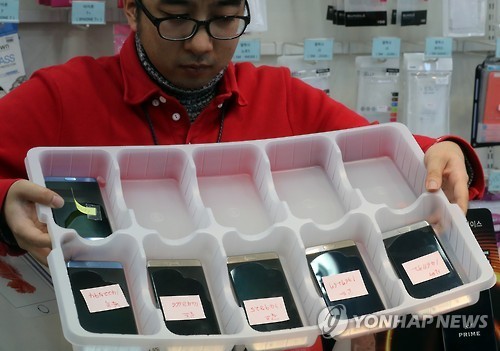 Samsung decided to discontinue the Note 7 in October last year after recalling millions of the devices worldwide over safety concerns.

Koh Dong-jin, head of Samsung's smartphone business division, will announce the results of its probe into the Note 7, a company official said.

"To regain confidence from consumers, we will clearly point out what caused the Galaxy Note 7 to catch fire and announce follow-up measures," the official said. (Yonhap)