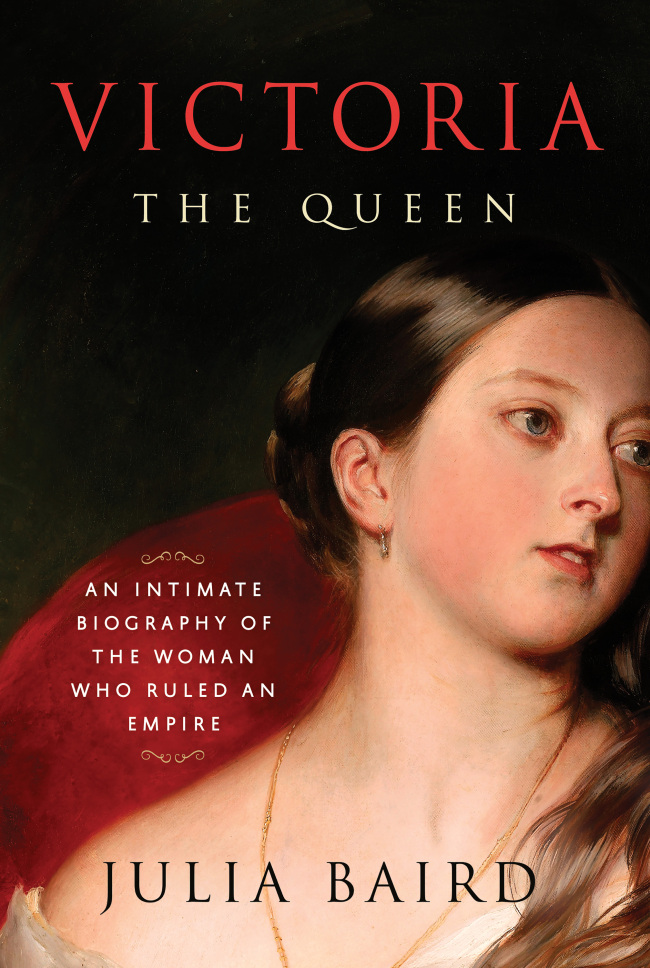 “Victoria the Queen: An Intimate Biography of the Woman Who Ruled an Empire” by Julia Baird; Random House (696 pages, $35)

Queen Victoria dominated an age and inspired a word, “Victorian,” to capture the spirit of her time. We tend to see her as a prisoner of that age: dour, unsmiling, repressed; in short, rather Victorian. Julia Baird wants to liberate her from that straitjacket.

In her zestful biography, “Victoria the Queen,” Baird, an Australian journalist and columnist for the International New York Times, shows that the long-serving monarch -- she ruled from 1837 to 1901 -- was, in many ways, the archetypal modern woman. Baird calls Victoria “the most famous working mother, on the planet.”

She “grappled with many of the matters women do today,” Baird writes, “managing uneven relationships, placating resentful spouses, trying to raise decent children, battling bouts of insecurity and depression, spending years recovering from childbirth, yearning for a lost love, sinking into the strength of another when we want to hide from the world, longing to make independent decisions about our own life and to shape the world we live in.”

We see Victoria through a dense matrix of relationships, some loving, some fractious, some both at once. If Victoria was a public symbol of Britain and an empire that stretched around the globe, Baird emphasizes Victoria’s private side and guides us through her personal life with a sympathetic touch. She makes excellent use of Victoria’s voluminous personal writings and humanizes this forbidding figure.

The supreme relationship in Victoria’s life was with her husband, Prince Albert. She worshipped him. Baird shows how their relationship brought out the contradictions of her position. He was more than a prince, but not a king proper. She wanted to subordinate herself to him. He encouraged her to do as much, believing women to be inferior and in need of guidance, but she was the rightful heir to the throne, and thus possessed the authority of a monarch.

The rigors of childbirth and motherhood did not help things. Between 1839 and 1857, Victoria was pregnant nine times. The queen’s relationship with her large brood was complex. Her reputation as a stern matriarch is not quite earned, Baird argues. Victoria doted on her children, even as she was honest about the stresses they brought on.

Baird is also a fine guide through the political side of the monarchy, and Victoria’s dealings with a long line of prime ministers, political upheavals and electoral reforms. Lord Melbourne, prime minister from 1835 to 1841, was a father figure when she took the throne at age 18. Flamboyant PM Benjamin Disraeli charmed her. His great opponent, the crusading liberal William Gladstone, infuriated her. Riffing on Walter Bagehot’s dictum that the British monarch has “the right to be consulted, the right to encourage, and the right to warn,” Baird drolly adds that Victoria also exercised “the right to berate, withdraw support, shape Cabinets, scheme against prime ministers, and instruct military officers.”

The death of Albert in 1861, probably from typhoid fever, though other causes have been suggested, was a calamity for Victoria, who took to calling herself the “brokenhearted Widow.” The court mourned Albert for two years, which some thought excessive.

“She canonized him better than any pope could a saint,” Baird writes. The public grieved with Victoria, but grew perplexed by her “clamoring and unrepentant grief.” Yet she worked steadily behind the scenes, corresponding with ministers and passing judgment on affairs large and small.

Her reign took her into the first year of the 20th century. Baird brings a compassionate humanity to the story of Victoria, and leaves us with a fresh understanding of her influential rule and, just as importantly, her interior life. This Victoria has a strong, beating heart.