The Afternoon School for the Gifted, or Youngjae-oh in Korean, is an education center that is a key player in the development of education for the gifted.

Since its establishment in 2003, Youngjae-oh has come up with numerous educational materials and programs for children’s brain development, based on its study of the field.

One of its most popular programs is the 8Bastket program, which aims to evenly stimulate eight parts of the brain. It helps children learn comprehensively through activities such as line drawing, Hangeul (the Korean writing system), math, mazes and fairy tales. 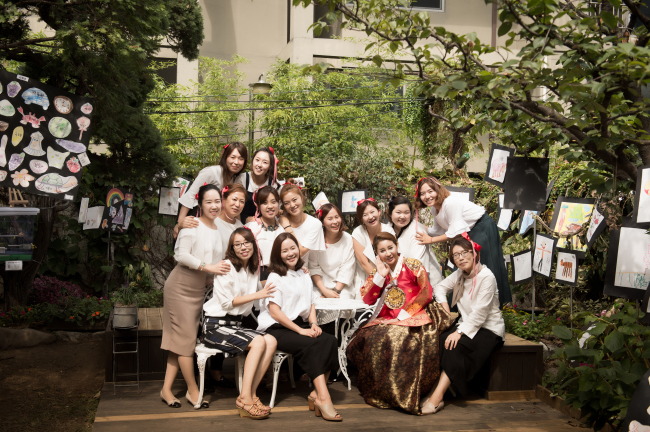 “Wrong education methods may lead to lopsided thinking. For balanced development, it is important to make progress in all eight parts of the brain,” said Lim Seo-young, the center’s chief.

The center stresses the importance of parents recognizing and responding to children who show exceptional abilities or potential. It has been making efforts to communicate with these parents and encourage them.

On Sept. 10, Youngjae-oh held a charity event to donate some 270 rice sacks, along with parents, as part of its efforts to engage them. Youngjae-oh will also donate all profits from sales of the first 3,000 copies of its new book -- set to be released early next year -- to Seungil Hope Foundation’s campaign to establish a hospital dedicated to patients of the Lou Gehrig’s disease.

The center will further expand its business to promote the education of the gifted and provide parents with the help they need in raising their children, Lim said.