Change is a sign of health, not corruption, in language 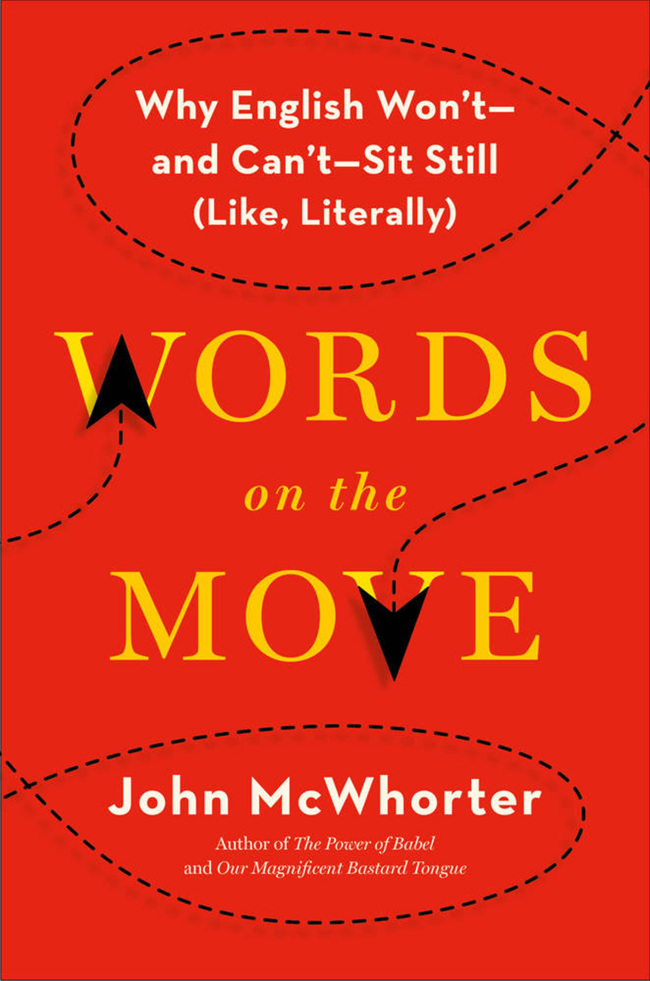 
John McWhorter’s breezy “Words on the Move” is the umpteenth attempt to put to death the stubborn misconception that language change is a sign of intellectual laziness and cultural rot.

It’s not even McWhorter’s first attempt -- his “Myths, Lies and Half-Truths of Language Usage” remains a go-to reference -- but this time the Columbia University linguist alights on the whimsical life cycles of individual words.

To professional linguists who obsess over the minutiae of language change, pedantic scorn for linguistic evolution reflects what might well be termed a creationist mindset.

“Indeed, the way we are taught to process language is as antique as our ancestors’ sense of how nature worked,” McWhorter writes. “One of the hardest notions for a human being to shake is that a language is something that is, when it is actually something always becoming.”

One could easily enjoy McWhorter’s pert volume as a catalog of words whose meanings are changing right before our ears. But what interests McWhorter is the universal mechanism by which words undergo change. Remarkably, that process is governed by a “mere five ways,” as meanings expand, contract, adopt emotional colorings and become their implications.

“It happens via what we could call meaning creep,” McWhorter writes. “Bit by bit, new shades creep into what we consider the meaning of something to be, until one day the meaning has moved so far from the original one that it seems almost astounding.”

Almost all words in English have a different meaning now than they did earlier -- “brother” being a noteworthy exception and holding firm for 7,000 years, long before the Indo-European language we speak became known as English. No one seems to have objected to meaning creep until the rise of dictionaries created the illusion that a language is preserved in aspic forever.

Words move on, so that “any claim that people in general are using a word ‘erroneously’ is illogical,” McWhorter writes.

To be scientifically accurate about the matter, words mean what communities of speakers think they mean, and dictionaries are forever playing catchup. Hence, “decimate” no longer means to reduce by a tenth, “reduce” hasn’t meant “return” for centuries, and the reverential “awful” has given way to “awe-inspiring.”

And then there’s “literally.” McWhorter cites non-literal uses of “literally” from 1769 (Frances Brooke) and 1806 (David Hume), showing the semantic drift was underway before any grammarian took umbrage. I can already hear the objection against McWhorter’s proof by citing historical examples, but few can hope to equal the exasperated newsroom colleague who once chided me for my approval of non-standard English: “Just because English speakers have been saying it for 750 years doesn‘t make it right!”

One objection to the nonliteral “literally” is that it’s a self-contradiction. Precisely: This is called an auto-antonym, of which there are legions in English (cleave, sanction, oversight, etc.).

At the end of their life cycle, words become eroded vestiges that lose stand-alone meaning and turn into pieces of grammar, like “an,” “-ed” and “-ly.” This brings us to “like,” the oft-maligned millennial tic that McWhorter celebrates with 14 pages of analysis. In “like” we have like 1,500 years of semantic drift and grammaticalization that are in full flower today.