Chinese expert: THAAD in Korea will be first target in case of China-US conflict

A former Chinese diplomat warned that the US anti-missile system to be deployed in South Korea could be the first target for a Chinese attack if conflict breaks out between the two superpowers.

"The warm degree of China and South Korea may change. For example, last year, the degree was pretty high. We had a very good relationship. But if the THAAD deployment will be brought about, the degree will change," Yang Xiyu told Yonhap News Agency on the sidelines of a seminar held in Korea late last week. 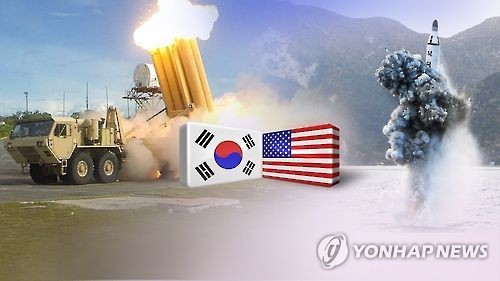 He served as head of the Chinese foreign ministry's office dealing with Korean Peninsula issues in the mid-2000s and was involved in the now-suspended six-party denuclearization talks.

In July, South Korea and the US announced a plan to place the missile shield by end-2017 to beef up defense against the growing threat from North Korea.

The decision drew strong opposition from China. Beijing immediately protested that THAAD, which is equipped with the powerful X-band radar, could hurt its strategic security interests.

During the seminar Yang said that Beijing is preparing all necessary measures including diplomatic and military ones with regard to the THAAD deployment on the peninsula.

"I am not meaning broken (relations). Good friends, normal friends and just colleagues are quite different because of strategic considerations," he said to Yonhap News. "We need to re-think the China-South Korea partnership."

Regarding his remarks on military measures, Yang explained that China will "prepare" for a situation that could be prompted by the actual THAAD deployment.

He especially worried about the X-band radar, going so far as to say that it will be among the first targets for attack if a war breaks out between China and the US "I am not meaning we will do something but we will prepare for something. For example, if the X-band radar is at a site in South Korea, we need to set up our anti measures either by, say, technical measures to prepare to intervene with your radar operation," he said.

"That means... if the US and China fought in war, the first round of attack should include the X-band radar," he added.

He, however, noted that he does not mean that China should go to war, saying such plans would be part of efforts that any professional military would make in preparation for future situations.  (Yonhap)