Sting rocks out again with a familiar sound 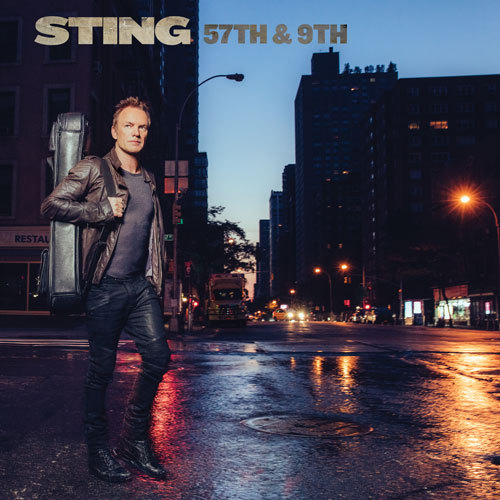 
Sting’s new album, his first in more than a decade, sounds a lot like the old stuff, but that’s not a bad thing.

The first single “I Can’t Stop Thinking About You” sounds like the love child of Police classics “Every Breath You Take” and “Can’t Stand Losing You.”

There are the achy lyrics of the former, which holds up well but has more of a stalker vibe than it seemed to the first time around. And there’s the driving bass line of the latter, the style of playing that made Sting’s former band one of the best of the 1980s.

“57th and 9th” as a whole sounds a lot like Sting’s old stuff, but that’s not a bad thing. It’s musically incredible and lyrically wiser, though it also veers into self-importance at times -- just as the old stuff did.

Unlike a lot of aging rockers living on past glory, Sting’s return to rock ’n’ roll from other projects seems driven more by a desire to return to something he loves than the need to make a buck. There’s a payoff for waiting.

Recorded in a period of weeks, the album has spontaneity but also a rawness. He could have scrubbed a few cliches from the lyrics -- the sands of time on one song, old rockers never die (they just fade away) on another -- but the pulsating rush that was the hallmark of Sting’s early work makes up for it.

A man who knows how to rock this well can be forgiven. It is good to have him back. (AP)