According to the Unification Ministry, seven North Korean defectors arrived in South Korea through a third country late Friday, bringing the number to 30,007 as of Sunday.

Defections from the reclusive communist country up to October increased by 18 percent from the same period last year. The annual number was 1,384 in 2005 and 2,914 in 2009, but has been going down since 2011 with Pyongyang’s leadership clamping down on defections.

The South Korean government has speculated that the resurge in defections is due to the oppression of the Kim Jong-un leadership and the UN-led economic sanctions that followed Pyongyang’s nuclear and missile tests. 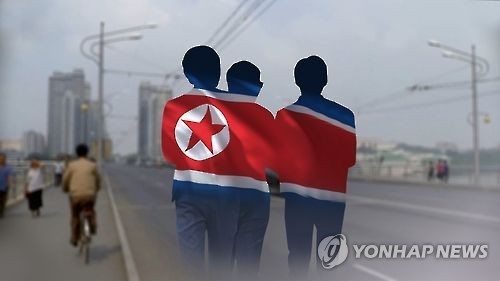 Of the teenagers who originated from the North, 51 percent had been born in neither South nor North Korea.

Among the notable changes concerning defection in recent years was why they chose to escape.

The No. 1 reason for defection in 2001 was “financial difficulties and hunger” at 66.7 percent, but that figure plunged to 12 percent this year, according to a survey by the ministry-affiliated resettlement support center Korea Hana Foundation. Instead the top spot was taken by “longing for freedom,” which jumped from 9.6 percent to 34.8 percent during the same period.

Numbers indicate that there are more defections motivated by the will to improve the quality of life rather than to ensure one’s survival, with 55.9 percent saying that their income in the North was “enough.” The figure in 2001 was 19.4 percent.

The number of politically motivated defections also jumped during the period from 6.2 percent to 17.5 percent.

Data from the KHF showed that more members of the “elite group” -- consisting of doctors, teachers or researchers -- are fleeing the North. The elites accounted for 2.5 percent of the defectors who arrived here five to 10 years ago, but this rose to 5 percent among those who arrived more recently, one to three years ago.

This year was marked by a series of North Korean elites fleeing the country, namely a director-general level official at the North’s spy agency, a colonel-level officer at the military intelligence organization and London-based diplomat Thae Yong-ho.

The ministry said it is working with related organizations for a comprehensive measure to support former North Koreans settling in the South. This is expected to include increased job opportunities, academic support for younger generation and overall social participation.

Compared to 2007, the employment rate for defectors jumped this year from 36.9 percent to 54.6 percent, the ministry said.