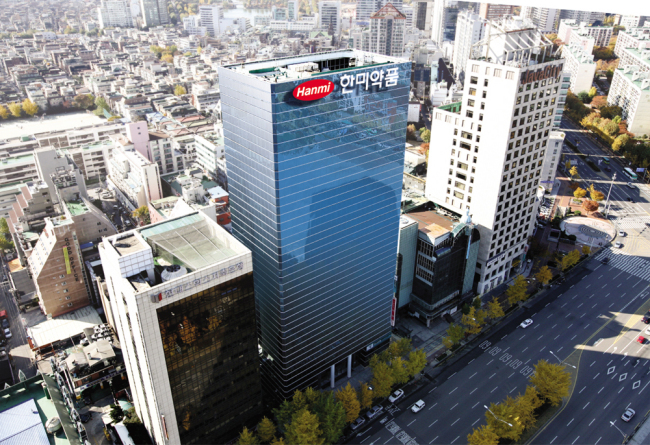 The sharp decline in operating profit was exacerbated by the high base in the same period last year following an 850 billion won agreement with Boehringer Ingelheim to jointly develop and sell a lung cancer treatment HM61713.

A drop in sales of its Chinese unit Beijing Hanmi Pharmaceutical also dragged down earnings as it came to 42.8 billion won, down 13.5 percent from a year earlier.

“Sales and operating income are expected to improve in the fourth quarter as the upfront fee paid by Genentech which recently entered into an exclusive license agreement with Hanmi will be reported in the next quarterly balance sheet,” an official at the firm said.