The entertainment and media arm of CJ Group is expanding overseas and has chosen the two Southeast Asian countries as strongpoints.

Blue Group is a leader in the local market with 80 billion won (US$70.16 million) annual revenue, and this is the first time a foreign company has taken over a local media company in Vietnam.

CJ E&M will remake South Korean dramas and entertainment programs and produce originals with South Korean staff, and also invest in infrastructure such as studios. 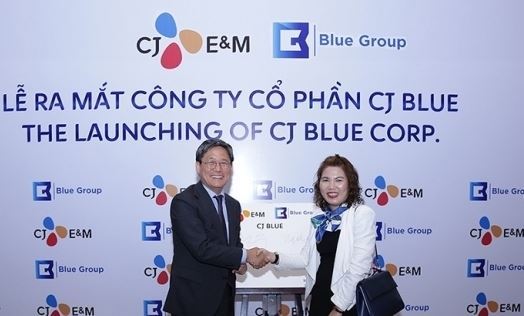 In Thailand, it has completed setting up a joint corporation with True Visions, the subsidiary of Thai telecom and broadcasting giant True Group. In addition to airing its own dramas, it will produce the Thai version of lifestyle show “Get It Beauty”.