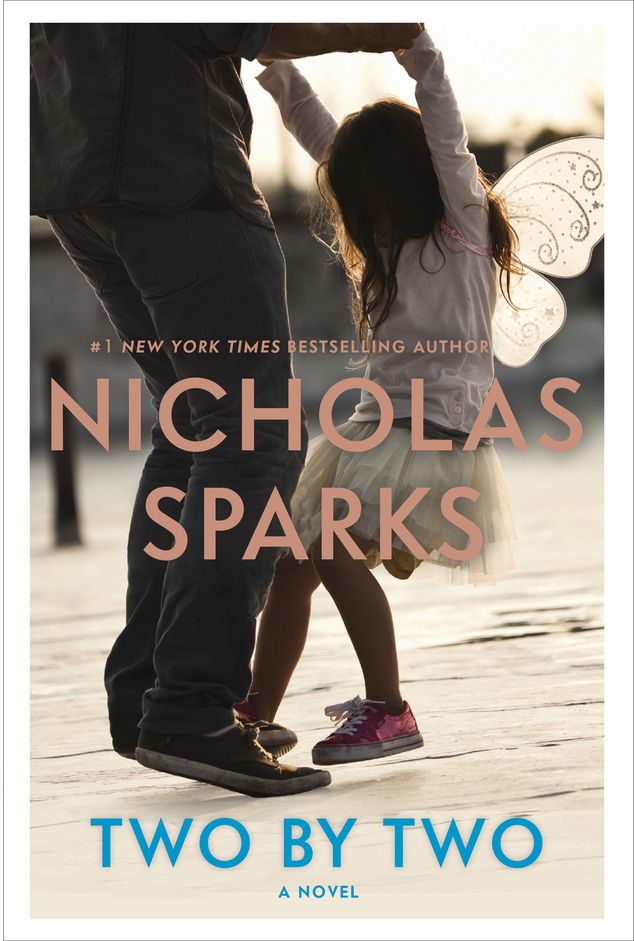 In 1996, Nicholas Sparks introduced the world to Allie and Noah in his best-selling novel “The Notebook.” Their story became an overnight sensation. Two decades later, Sparks continues to prove he's an expert in exploring real world challenges in a believable romantic genre. His twentieth work, “Two By Two,” extends his impressive collection of literary tales.

Russell Green is living a dream life. His young daughter, London, is adorable; his career is taking him places; and his wife, Vivian, is the total package. From the outside looking in, the Greens appear to be the perfect family, but that’s not necessarily the case behind closed doors. He can‘t help noticing that his wife is distancing herself, but nothing can prepare him for the day when Vivian decides to leave the family and move to another state to start a high-end job.

In a matter of days, he must learn how to navigate the world as a single father raising a 6-year-old. He tackles washing dance outfits, driving to art classes, making nutritious meals and assuaging the anxiety of his little girl. Not only does he take care of every detail of his daughter’s life, he also works hard to build a solid foundation for his new advertising firm.

Through every new experience, he depends on his parents, sister and friendly art-class moms to help steer him in the right direction. As the weeks pass, he accepts his new reality and even begins to own his role as London's chauffeur, chef, nurse, playmate and bedtime storyteller. Most of all, his love for his daughter grows beyond his understanding as he comes to realize that she is his world as much as he is hers.

“Two By Two” is a tumultuous story wrapped in a world of broken relationships. Sparks invites readers to take a journey that stares risks and rewards directly in the face. Whether it’s tenderness between a husband and wife or affection between a father and his daughter, Sparks has definitely mastered the art of love. (AP)