By Korea Herald
Published : Oct 12, 2016 - 15:11       Updated : Oct 12, 2016 - 15:11
For fans of Emma Cline’s best-selling debut “The Girls,” Caroline Leavitt’s “Cruel Beautiful World” offers another opportunity to spend time in the wild, off-kilter America of the late 1960s, the period when peace-and-love idealism began to curdle into something far less wholesome, a period reigned over in the collective imagination by Charles Manson. Leavitt‘s title and lovely period book cover get it just right.

While Cline placed her teenage protagonist in the middle of a fictionalized Manson family, Leavitt’s innocent beauty is further from the historical center. Sixteen-year-old Lucy Gold encounters the Manson story in a newspaper her boyfriend has left in their hideout in rural Pennsylvania. There she reads of the Family members’ conviction that “even though they were separated from Charlie now, Charlie was still watching over all his girls. He always knew what they were doing and thinking. Lucy felt chilled. She put down the paper. It reminded her of William.”

William Lallo shows up in the lives of sisters Charlotte and Lucy Gold as their freethinking, long-haired, 30-year-old high schoolteacher. College-bound Charlotte becomes convinced he’s not preparing her for the SAT and drops his section, but “the first class Lucy ever did well in was William‘s English class.”

The opening act of this book thrums with tension as Lucy plots to run away with William, incapable of imagining the effect this will have on her older sister and their caretaker, Iris. Iris took the girls in when their parents were killed in a fire; she was 67 at the time, widowed and alone. She introduced herself as a distant relative, though in fact the connection is far closer, revealed to the reader fairly early but to the other characters at the very end of the book. Iris adopts the sisters, but more importantly, she adores them. When Lucy disappears at the same time Charlotte goes off to Brandeis, Iris is in her 80s, beginning to founder. 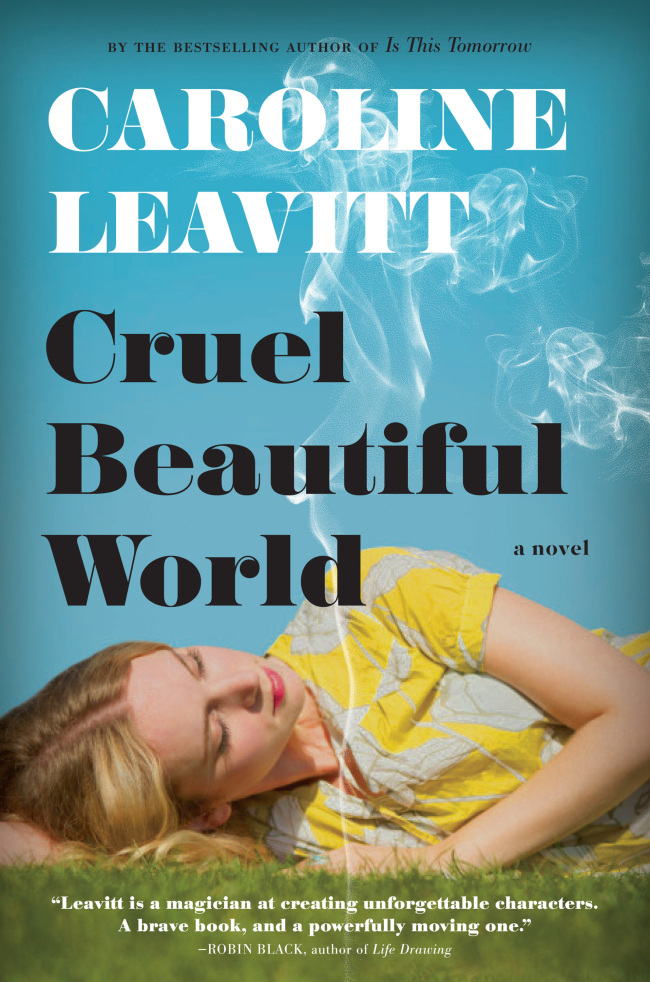 As soon as Lucy arrives at the isolated, ugly cabin William has rented for them, the grim reality of her situation begins to dawn on her. A touching section details her blossoming friendship with a chicken named Dorothy, the only company she has when William is off “teaching,” if that’s what you call it, at a free school nearby. Soon she seeks company outside the barnyard and secretly begins working for Patrick, a young widower who runs a farm stand down the road. She becomes afraid of William, who is ever more suspicious and controlling.

Call your sister, the reader silently begs her.

The omniscient narrator of “Cruel Beautiful World” is the work of an accomplished fiction writer with 10 novels to her name. In an early turn, she switches from Lucy‘s perspective to Charlotte’s, allowing us to fully appreciate the complexities of their sisterly interdependence and competition, key to the unfurling tragedy. From Charlotte‘s standpoint, Lucy is “rosy as a peach, with blond curly hair and lashes so long they left shadows on her cheeks. ... She saw how her parents doted on Lucy, how they stopped begging Charlotte to come out at parties and instead paraded Lucy, letting everyone hold and admire her.”

However, as this narrator keeps moving from Lucy to Charlotte to Iris to Patrick to William, recounting back story after back story, the emotional intensity of the book becomes a bit muffled. Five is too many. With this merry-go-round narrative style, neither the tragic climax nor the chain of disappointments that follows hits quite as hard as they should.

Still, “Cruel Beautiful World” is a page-turner -- recommended reading for those reveling in the current literary ’60s revival.