Number of automobiles made in Korea hits 11-year low

By 안성미
Published : Oct 9, 2016 - 16:43       Updated : Oct 10, 2016 - 18:16
[THE INVESTOR] The number of automobiles manufactured in South Korea last month dropped to the lowest in 11 years due to increased overseas production, declining domestic demand, and a series of strikes at local automakers, a government report showed on Oct. 9.

In September, a total of 258,026 automobiles were made in Korea, which is a 22.7 percent drop on-year, and the lowest output posted for the month of September since 2005, according to the Ministry of Trade, Industry and Energy.

During the same month, Korea‘s automobile exports decreased by 23.7 percent from August, totaling 156,680 units. This was a result of continued strikes at Korea‘s leading carmakers that affected the production line. The decline rate was the biggest since January 2009, the ministry said. 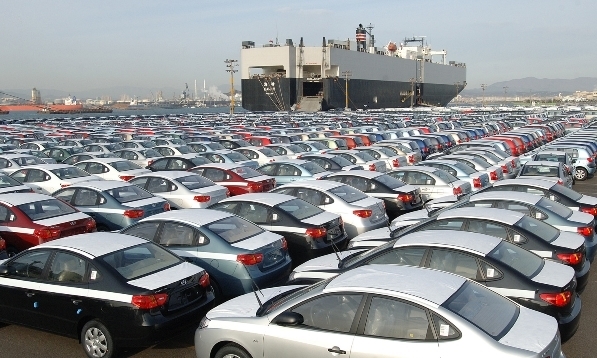 Another report by the Korea automobile Manufacturers Association showed that a series of strikes carried out by Korea’s largest carmaker Hyundai Motor and its sister company Kia Motors along with GM Korea -- the Korean unit of US carmaker General Motors -- affected production of some 79,000 automobiles last month.

By company, Hyundai Motor produced 89,091 automobiles, which is a 29.2 percent decline year-on-year, and the lowest figure for September since 1998, the report said.