The combined sales of Hyundai Motor and its smaller affiliate Kia Motors in Sept. stood at 79,848 units, accounting for 62.1 percent of the 128,674 units sold in the country, according to the Korea Automobile Manufacturers Association and the Korea Automobile Importers & Distributors Association. It is the lowest monthly figure since the auto conglomerate was founded in 2000. 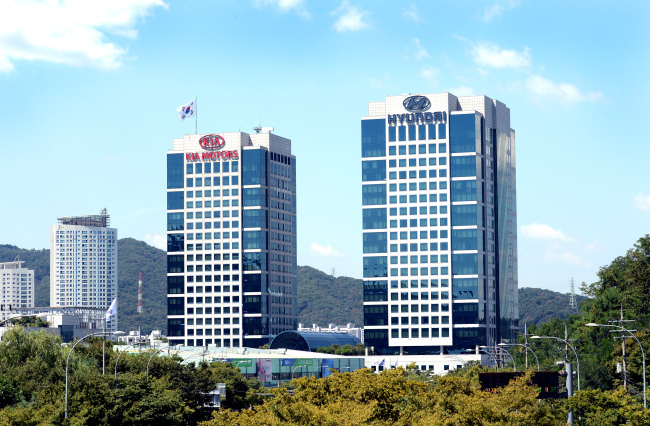 Breaking down, Hyundai’s market share came in at 32.3 percent, lower than 33.8 percent in August, while Kia’s came to 29.8 percent.

The world’s fifth-largest automaker’s annual market share once peaked at 76.8 percent in 2009, but has since declined over the past due to heated competition from both local and foreign rivals.

Industry analysts say that Hyundai and Kia have been losing ground even more this year due to the ongoing labor union strike that disrupted production, as well as lack of new car models. Hyundai Motor said it plans to consolidate its market status with the newly released i30 hatchback and the launch of new Grandeur in November.

Meanwhile, other domestic automakers have performed well at the expense of their bigger rival. In September, GM Korea accounted for 10.9 percent, followed by Renault Samsung with 7.2 percent and Ssangyong Motor with 6.2 percent. The three carmakers accounted for a combined 24.3 percent, up 10 percent from January, thanks to the popularity of GM Korea’s Malibu, Renault Samsung’s SM6 and QM6, and Ssangyong’s Tivoli.

From January to September, a total of 1.32 million cars were sold here, up 1.8 percent from the same period last year. Local automakers sold 1.16 million units, making up 87.5 percent of the market, while imported automakers sold 165,189 units to comprise 12.5 percent.

During the cited period, sales of local automakers increased by 3.3 percent while imported cars decreased by 7.8 percent, as the latest Volkswagen diesel scandal weakened consumers’ demand for foreign cars.