Samsung Galaxy Note 7 could face second recall in US

The combustion of the handset having taken place on a Southwest Airlines flight bound for Baltimore from Louisville raised concerns over the safety of the replacement Note 7, which Samsung guaranteed was “safe.” 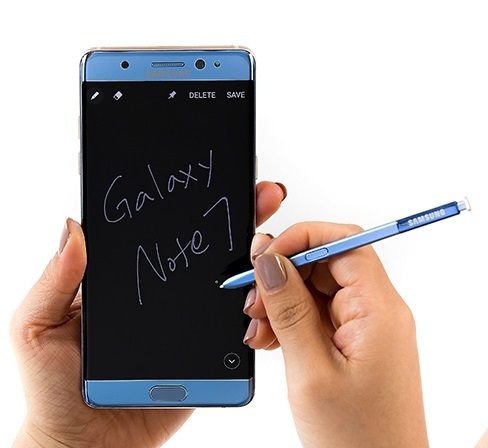 The US Consumer Product Safety Commission, a consumer agency in charge of overseeing recall programs of consumer products, is expected to announce its investigation results of the explosion in the coming days and roll out measures for the problem-ridden smartphone made by the Korean tech giant.

Some even forecast that there could be another recall order for Samsung in the worst case.

“If it’s the fixed phone and it started to smoke in his pocket, I’m going to guess there’ll be another recall,” Pamela Gilbert, a former executive director of the consumer agency, was quoted by Bloomberg as saying.

CPSC’s spokesman is said to have declined to make comments on possible actions the commission could take on the ongoing battery fiasco of the Note 7.

Since its statement on Oct. 5 that it would examine the phone involved in the latest fire incident, Samsung has not disclosed any details of its examination, even refusing to confirm whether the Samsung phone is a replacement Note 7 or not.

The second recall, if it takes place, could deal a serious blow to the tech behemoth due to mounting costs for the two recall programs -- the first round is estimated to cost more than 1 trillion won (US$ 896.87 billion).

The planned resumption of the Note 7 sales in the US and Europe will likely be postponed if phone that caught fire turns out to be a replacement model.

The firm said in its earnings guidance released on Oct. 7 that it earned 7.8 trillion won operating profit in the third quarter.