The company predicted its July-September period operating profit could reach 7.8 trillion won (US$7 billion), up 5.5 percent from a year ago. Local analysts had estimated it at about 7.4 trillion won on average, according to FN Guide, a local fund tracker. 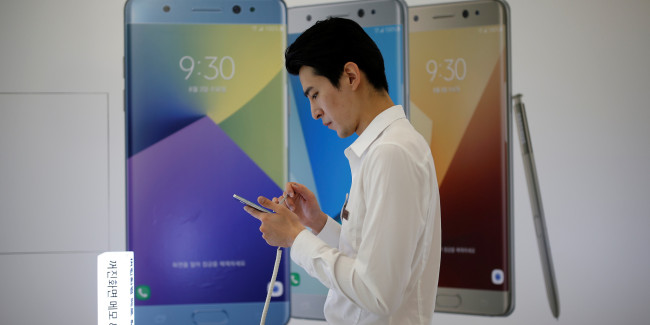 Industry sources say the earnings figure is deemed to be pretty robust considering Samsung may have spent more than 1 trillion won to cover up the costs for the still ongoing recall program globally. The number of Note phones sold during the period is estimated at about 3 million units, which compared to the previous target figure of 6 million units.

Samsung provides its own earnings estimates each quarter for investors. The final announcement is scheduled to be made later this month.

The company didn’t offer breakdown profits in each business division.