[THE INVESTOR] Multinational firms operating in Korea were as shocked as their local counterparts when it became certain that Seoul would actually push ahead with what is considered to be one of the most stringent anti-graft laws in history.

The Investor talked with various corporate representatives to see how they are coping with the Improper Solicitation and Graft Act that went into effect on Sept. 28.

The law limits public officials, journalists and private school teachers to giving or receiving a meal more than 30,000 won (US$26.95), a gift of more than 50,000 won and a congratulatory or condolence payment of more than 100,000 won. Any type of illicit solicitation is prohibited as well. 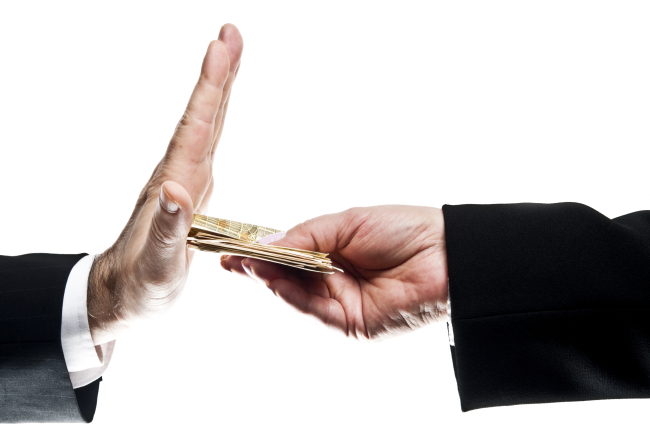 Industry sources say foreign companies have been preparing heavily for the law, drafting manuals and revising their internal code way ahead of the enactment.

These firms, according to the attorney, were in a hurry to prepare because their Korean offices were as vulnerable to the new law as their purely domestic counterparts.

“It’s true foreign firms are under strict compliance rules from their home countries, but when it comes to their operations in South Korea, such as sales and PR activities, as well as working with government officials, they are not too different from local companies because they are basically working in a Korean business environment,” he said.

According to industry insiders, the automobile, pharmaceutical and financial industries, seemed likely to be most affected due to the new law.

To avoid trouble, foreign automakers are cutting down on marketing campaigns. In the past, a new car launching event was usually held at five-star hotels in Seoul, complete with the media and high-profile industry figures. Sumptuous meals and expensive thank you gifts were part of the perks.

But under the new law, lavish press conferences are no longer an option.

A press conference held on Sept.29 -- a day after the anti-graft law went into effect -- by British supercar Rolls-Royce Motors Cars was one example of how such events will be handled in the future.

Neither lunch nor gifts were offered. Although, the company did offer a bus ride to the venue, along with some finger food and soft drinks.

Then there’s the issue of test-driving. In the past, automakers allowed reporters to drive their new car for a few days in return for media coverage. These cars were provided with a full gas tank that did not require to be refilled. The expense for offering such cars, however, easily exceeds the limit stipulated in the anti-graft law. But as test-drives are a big part of marketing, carmakers are contemplating how to work around the law.

Mercedes-Benz, which is planning on releasing a new model later this year, said it will hold test-driving events complying with the new law.

The anti-graft law is also expected to deal a major blow to the pharmaceutical industry that is notorious for offering kickbacks to doctors.

Just last month, former and current officials of the Korean unit of Swiss-based Novartis were indicted for paying billions of won as rebates to doctors for prescribing its products.

Doctors and workers at major hospitals are now subject to the new law as they are classified as government officials, if they work at a public hospital, and as faculty members, if they work for university hospitals. Law violators can face up to 30 million won fine or imprisonment for a maximum of three years.

Foreign pharma firms, such as MSD Korea -- the local affiliate of US-based Merck & Co. -- and the Korean unit of UK-based GlaxoSmithKline, are educating employees to avoid any fallout.

“We are communicating with the employees, along with our legal team, to help them avoid any breach of law,” a spokesperson of MSD Korea said.

But the situation is not easy, pharma firms said, because some doctors are refusing to meet with their sales representatives altogether.

In finance and banking sectors, firms are on a high alert due to the ambiguous clauses in the anti-graft law.

“When the government entrusts funds or delegates authorities to financial institutions, both local and foreign, they become fiduciaries and are subject to the law,” said Yang Ho-seung, managing partner at Yoon & Yang law firm.

But the Anti-Corruption and Civil Rights Commission -- the state entity in charge of the law -- hasn’t made an authoritative interpretation on the status of bank employees when they perform government services or deal with bureaucrats, causing further chaos.

The Korea Federation of Banks -- the association of local and foreign banks in Korea -- is waiting for the commission’s response. In the meantime, the association has asked the banks to limit their activities so that all costs stay under the figures stipulated in the new law.

“Golf outings with investors and journalists have all been canceled,” according to a senior official at a foreign security firm, who declined to be named.

“Brokerage firms and financial institutions acquire government approval for new financial products,” said Lee of Yoon & Yang. “But now these processes may be delayed since bankers are reluctant to contact government officials.”