Its underperformance in the mobile sector is said to be due to its under-par technical capability and formidable dominance of its rival Samsung Display.

In a bid to turn things around, LG Display is ratcheting up its efforts to increase its presence in the mobile OLED display industry.

LG Display CEO Han Sang-beom reaffirmed that “the company would start the business (for mobile OLEDs) in 2018 in earnest.” 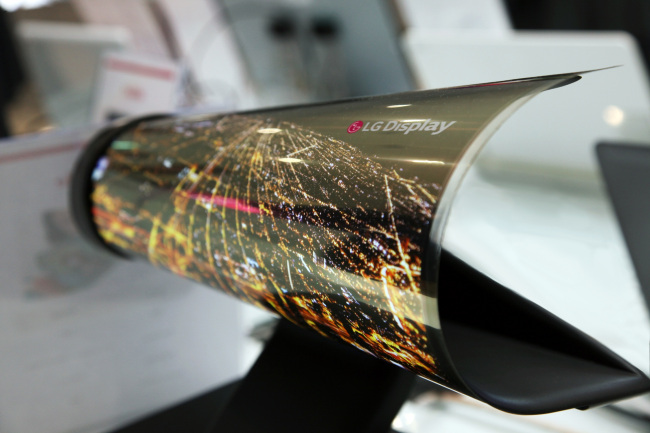 “To that end, LG Display will put focus on the development of OLEDs for mobile devices next year,” he added.

He made the remarks at a display conference held in Seoul on Oct. 4.

LG Display previously planned to invest 1.9 trillion won (US$1.70 billion) in the P9 factory at its Paju display manufacturing complex in the July-September period to beef up facilities for flexible OLEDs, which can be used for bendable, rollable and foldable devices.

In the mobile display sector, the display business arm of LG Group has been focusing so far on LCD as its main customers LG Electronics and Apple of the US have deployed the display in their mobile flagship models -- G and iPhone, respectively.

On the other hand, its local rival Samsung Display has long utilized OLED in its flagship smartphone models, and the Samsung Electronics affiliate has reportedly inked a deal with Apple to supply the OLEDs for forthcoming smartphones, including the iPhone 8 to be released next year.

Admitting that Samsung Display is ahead of LG Display in the mobile OLED segment as it has been in the business for a long time, CEO Han said that the “LG Group affiliate would learn from its competitor to improve its competitiveness in the mobile sector.”

“The growth of the OLED industry will also be beneficial to OLED materials suppliers,” said Jang Jeong-hoon, an analyst from Samsung Securities.