By Korea Herald
Published : Aug 9, 2016 - 16:20       Updated : Aug 9, 2016 - 18:36
A plan by Samsung Electronics to add a mobile application created and distributed by the Korean government to its new Galaxy Note phablet sparked a backlash from the main opposition party and civic groups, which called it an attempt to use technology as a propaganda tool.

According to local reports quoting sources in the tech industry, Samsung Electronics has recently decided to include the government app service, named Government 3.0, on the list of apps to be installed automatically on the Galaxy Note 7 when initializing the smartphones’ software. 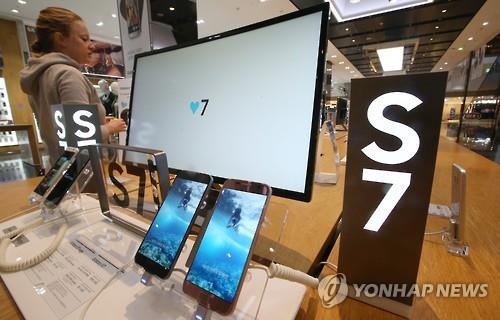 The app offers mobile access to online government services including Minwon 24, and an online tax service provided by the National Tax Service, a Samsung official said. If it is not needed, users can choose not to upload the app, the official added.

An official at the Home Affairs Ministry also said that the app is meant to provide public services around the clock.

“The new version of Government 3.0 app will offer public services frequently used by the people and it only takes 1.2 megabytes (of storage) for installation,” he said, adding that the app will also be available via the App Store for iPhone users.

Politicians from the main opposition party Minjoo Party of Korea, however, lashed out at the plan, saying it was intended to promote government activities rather than its claim of offering convenience to users.

“The plan is designed to unilaterally propagandize the government’s work by using the popularity of domestically manufactured smartphones,” the party said in its statement.

Civic groups including Green Consumer Network in Korea also criticized both the electronic giant and the government, saying that they are forcing users to install unwanted software.

Apps on government services in other countries are available through app stores for users to download if they want, and not included as basic content like Samsung’s plan, they added.