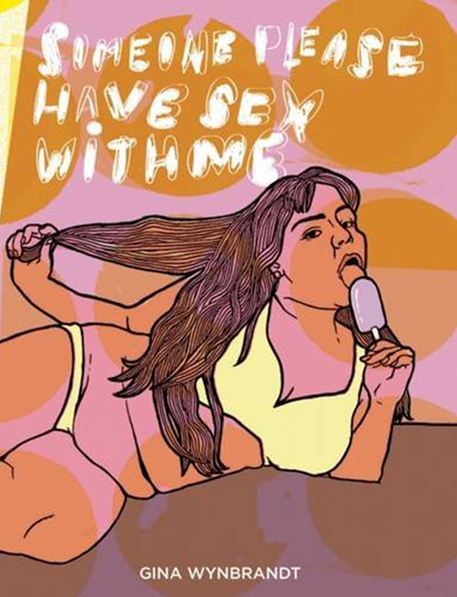 “Someone Please Have Sex With Me”

A girl and her Justin Bieber crush don’t exactly sound like the sort of material that darkly funny comics are made of. But Gina Wynbrandt’s first book takes seemingly innocuous girl culture and transforms it into something humorously abject.

“Someone Please Have Sex With Me,” as her slim book is titled (2dcloud Comics & Graphic Novels; 140 pages, $17.95), gathers five stories about a hapless character named Gina, who is very (very) loosely based on Wynbrandt herself.

This unlikely comics heroine is twentysomething and single -- more adolescent than adult, kind of desperate, a devout Belieber with a deep well of sexual fantasy, some of which is inappropriately directed at the then-underage singer. (The subject matter of Wynbrandt’s book may be prolonged adolescence, but its content is resolutely adult -- with language and racy scenarios to match.)

In the story “Tiger Beat Exclusive,” Gina slingshots from feelings of physical inadequacy (she is neither Hollywood pretty nor Hollywood skinny) to a fantasy sequence in which her fairy godmother, Kim Kardashian, tarts her up and takes her to the Teen Choice Awards to watch Bieber perform.

Sexy fantasies ensue -- one illustrated by a series of wry visual metaphors that include an exploding volcano and a rushing waterfall. Then Gina accidentally burns the theater down with a cigarette. The denouement is delightfully absurd. (TNS)