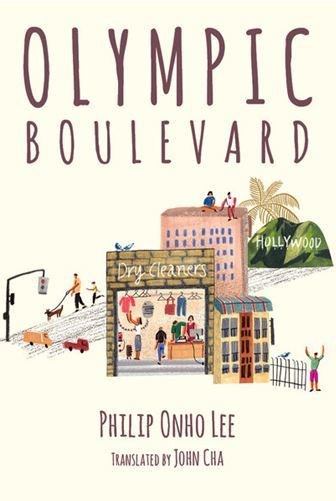 Philip Onho Lee’s “Olympic Boulevard,” published last month, details the daily joys and sorrows of immigrant life in the U.S. in the ’80s and ’90s.

It features a series of vignettes about the life of a first-generation immigrant navigating through the ups and downs of adjusting to a new life in a new country.

The story is told from the perspective of Myung Tay, who opens up a dry cleaning store in Los Angeles with the help of Hongdari, his best friend from Korea who also moved to the U.S. to seek a different life. The book is filled with lighthearted accounts of Myung Tay’s everyday struggles in facing a new culture, the intermittent homesickness, occasional misunderstandings among family members who rely intently on each other and the strength of friendships forged in an unfamiliar environment.

“By this time, my American dream had lost steam, flat as day-old beer. I was mired in the daily grind, laboring over piles of laundry in our shop,” says Myung Tay on operating his business. The book paints a convincing picture of the everyday. It also describes the complexities involved in interactions between people from different backgrounds.

The title “Olympic Boulevard,” a boulevard in Los Angeles, seems symbolic of immigrants who push forward in life despite hardships.

The book was originally written in Korean by Philip Onho Lee, who was born in Korea in 1940 and emigrated to the U.S. in 1981. It was translated into English by John Cha, also an immigrant, who moved to the U.S. in 1961 as part of a translation project supported by the Literature Translation Institute of Korea.