By Seo Jee-yeon
Published : Jun 14, 2016 - 09:23       Updated : Jun 14, 2016 - 09:23
Samsung SDS, a key information and technology arm of Samsung Group, is likely to choose a split-off rather than a spin-off to reorganize its lucrative business process outsourcing business unit, which is aimed at easing opposition of minority shareholders, according to market watchers on Monday.

“Facing a growing number of activist shareholders, the Samsung unit is likely to choose a split-off to minimize the impact of its asset divest plan on its share price,” HI Investment & Securities said in a report. In a split-off, shareholders of a parent company can have the same amount of shares in the split company. 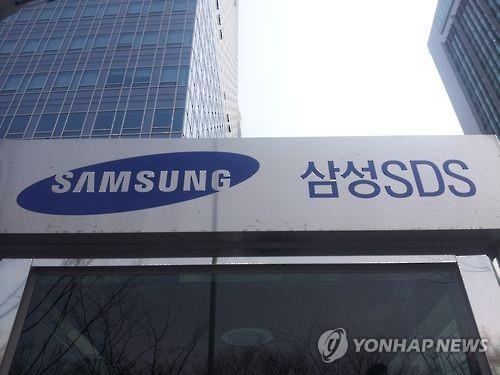 “To cope with opposition of shareholders, it seems to be more important for the company to clear off the uncertainty by letting shareholders know how to separate the BPO unit,” the report added.

Stock market reports predicting Samsung SDS will propose a split-off for its asset separation plan flooded into the market one day before the scheduled meeting between minority shareholders and management of Samsung SDS, including CEO Chung Yoo-sung, Tuesday.

Minority shareholders, who have been concerned over the negative impact of the company’s move on the stock price in a downward trend, are acting against the BPO unit separation, trying to lobby the National Assembly to develop a bill to protect the right of shareholders.

Market watchers, however, forecast that they will accept the asset separation method, based on previous cases involving clashes between minority shareholders and Samsung affiliates.

Minority shareholders have acted against the business reorganizing plan, filed by the Samsung affiliate on June 6, raising doubt over the real motive behind of the move.

“Samsung SDS seeks to separate the profitable BOP business to help the group’s heir apparent Lee Jae-yong to cement its control over the group, not to boost the value of the company,” they said in a statement.

The information technology service affiliate has been categorized as a “Jae-yong” stock as Lee and his family members hold 17 percent of shares. The proposed business separation of Samsung SDS panned the rumors that Samsung Group will seek a merger between the split BPO business of Samsung SDA and Samsung C&T, the de facto holding company of Samsung Group, in the near future. The merger will have an effect of lifting the stake of Samsung Electronics vice chairman Lee in Samsung C&T, where he has already secured 17.2 percent.

Samsung SDS denied the merger plan, saying it is groundless in its filing to the financial watchdog last week.

“There is no legal issue even though the company seeks the merger again after a certain amount of time passes, depending on the business conditions,” Lee Eun-jung of the Solidarity for Economic Reform said.

“However, Samsung SDS has to face a bigger issue when it is found that the company will seek a merger to support Lee to strengthen his control over the group, not for shareholders’ interest.”