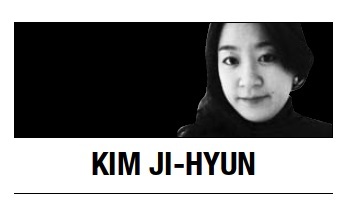 An acquaintance I recently made in Tokyo has opened a new business.

It’s called the Japan Industry News, and its service is as straightforward as its name. The main idea is to offer an English platform for Japanese newspapers so they can introduce their content to English-speaking consumers.

I mention the name outright not because I am wowed by the originality of the idea -- this is not the first such attempt made in a non-English-speaking place like Japan -- but because I want to applaud the audacity of it beginning as a paid service.

I can’t reveal the exact amount, but it seemed to be in a range that’s comfortably affordable for anyone seeking corporate information in English in Japan, which is actually not as easy as you might imagine.

Despite Japan’s status as one of the world’s top three economies, the people are far from fluent in English. And because companies have so far managed to get by on domestic demand, many are not very global-minded.
All this aside, I thought starting off as a paid service to be a pretty courageous move.

It once again raised the question that is constantly lurking in my mind.

Why won’t people pay for news? Or rather, why is it natural not to pay for news or information online?

They say it’s because there is so much news out there, so much information that it doesn’t make sense to ask consumers pay.

If there were more movies playing in a theater than usual, should the moviegoers get a free pass? At supermarkets, the goods on display are more abundant than ever, and the selection is getting increasingly diverse. Every day, there is something new on the shelves.

Does that mean the consumer can just browse through the shelves and head home with what they want, without paying?

No. None of these things could happen in a capitalist society. Goods or services, if they are being offered, then you need to pay.

If you click onto any bit of news or information that is useful to you, that means that you have made the conscious choice. It doesn’t matter just how big the market is. As long as the consumer has made a choice, then payment must ensue.

Anyone who is offering up information, insight or news has done so after putting a certain amount of effort into it. That effort is paid for by the publications, but this does not exempt the consumer from paying.

The logic is that simple.

At a manufacturing firm, the manufacturer will pay for the labor, but that does not mean the goods are free.

Granted, we live in a society where information flows abundantly. And you can pick and choose on a real-time basis. But the increased convenience should not promote shoplifting of information.

It’s time these services were properly appraised and paid for. Critics may argue that the news and insight are not up to par. If so, you can simply choose not to buy it, just like you would for any other product out in the market. Goods that are shunned by the consumers will gradually be phased out.

If journalism continues to remain one of the few industries where the laws of capitalism do not apply, an entire industry, an entire occupation will eventually go down the drain.

In that case, the information, the insight and the news that people took for granted may one day simply cease to exist, or become a rarity. All this would do is push the prices up for the consumer, who will be left to wistfully recall that, once upon a time, it had all been free.