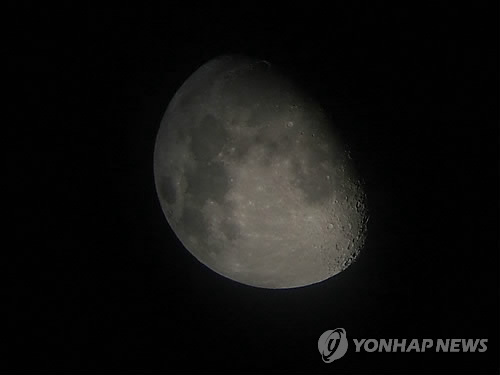 South Korea will spend a total of 746.4 billion won ($603 million) on its space program this year, as part of efforts to realize its long-cherished goal of reaching the moon.

The Ministry of Science, ICT and Future Planning said Sunday that it has also agreed with relevant ministries to allocate 200 billion won for the next three years to launch its first lunar exploration.

Starting this year, the project will focus on developing a robotic orbiter designed to circle the moon and a ground station to process data to be transmitted from space.

The three-year project is the first phase of the nation’s space program aimed at sending a landing vessel to the moon by 2020.

After joining the global space club with a successful launch of a satellite into orbit in 2013, the government has been making efforts to send a lander to the moon with homegrown technology.

The unmanned module will carry a lunar-rover to explore rare minerals on the surface of the moon, according to the government’s previous announcement.

To carry out full space activities, the Korean government also plans to sign an agreement with U.S.’ NASA for technological cooperation.

Under a separate rocket development plan, Korean engineers are set to improve a launch pad at Naro Space Center in Goheung, South Jeolla Province, and run preliminary tests before conducting a test-launch of a rocket vehicle in 2017.

The government’s allocation of 746.4 billion won this year alone, a 20 percent increase from last year’s budget on the sector, signifies its effort to revitalize the nation’s aerospace industry and space program, the ministry said.

“The space technology development today is not a tool to show off the nation’s technological level, but to secure a new growth engine,” said Vice Future Minister Hong Nam-ki, adding that the budget increase in the space program came despite deteriorating economic conditions.

To promote aerospace companies’ competitiveness, the government plans to give a bigger role for local research institutes and small and mid-sized enterprises by reorganizing the state-led satellite development plans. A total of 286.8 billion won will also be injected to provide marketing and technology support for companies in the sector.

This year’s space program also includes setting up manuals to better protect Koreans from a possible clash of space objects into the nation’s territory, as well as developing a number of satellites for public use and for national security.