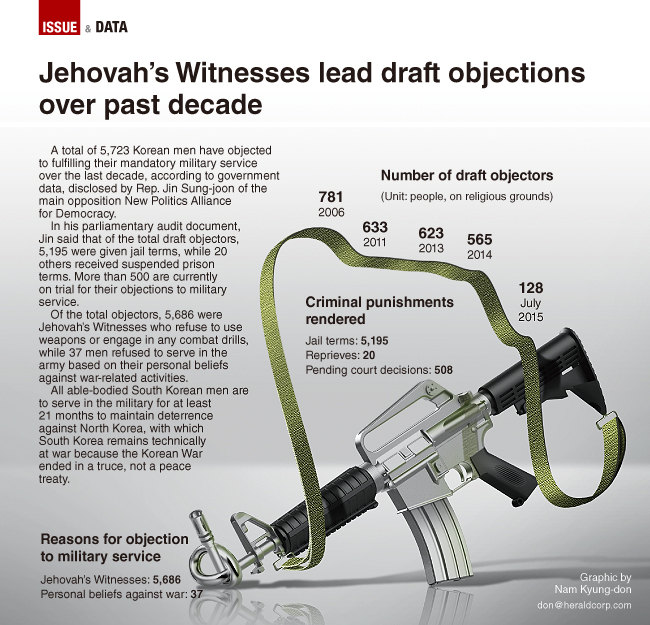 A total of 5,723 Korean men have objected to fulfilling their mandatory military service over the last decade, according to government data, disclosed by Rep. Jin Sung-joon of the main opposition New Politics Alliance for Democracy.

In his parliamentary audit document, Jin said that of the total draft objectors, 5,195 were given jail terms, while 20 others received suspended prison terms. More than 500 are currently on trial for their objections to military service.

Of the total objectors, 5,686 were Jehovah’s Witnesses who refuse to use weapons or engage in any combat drills, while 37 men refused to serve in the army based on their personal beliefs against war-related activities.

All able-bodied South Korean men are to serve in the military for at least 21 months to maintain deterrence against North Korea, with which South Korea remains technically at war because the Korean War ended in a truce, not a peace treaty.