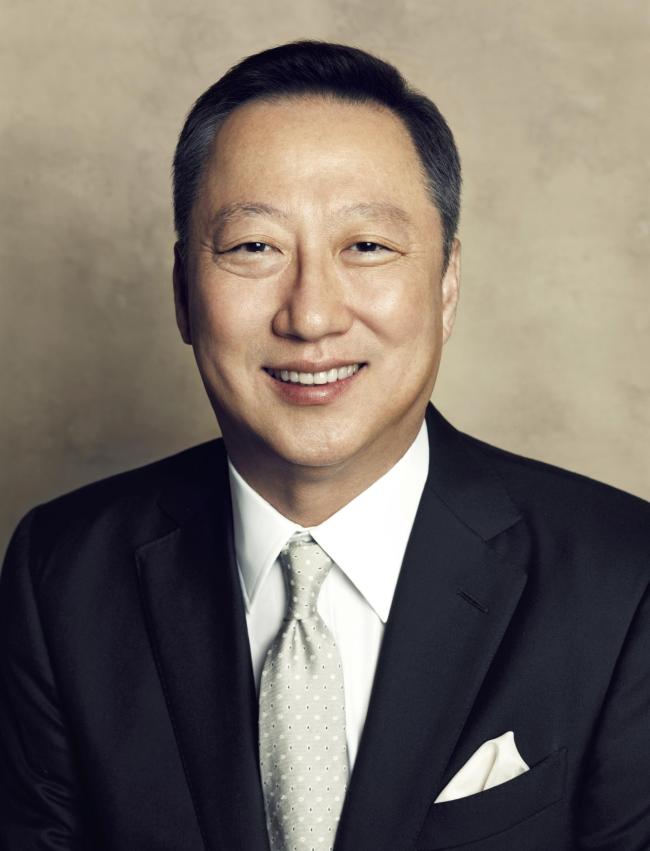 Doosan Group chairman Park Yong-maan, who openly sought to reshape his company’s portfolio with more focus on heavy industries, appears to have had a rethink -- going back to retail-- as the company announced plans to bid for the lucrative urban duty-free store operations.

The country’s 13th-largest business conglomerate said that its main affiliate Doosan Corp. will seek to apply for a special license to run an urban duty-free store in Seoul on the due date of Sept. 25. The bid winner will be announced on Oct. 30.

The location has been finalized as Doosan Tower, the company’s headquarters building in the tourist-dense shopping district of Dongdaemun in central Seoul, where Doota fashion shopping mall is situated in the basement and lower floors.

Doosan explained that its 16 years of experience in running the shopping mall -- visited by 7 million foreigners every year -- will be able to not only diversify the tourism sector, but also help local merchants and the economy. It signed a pact with 30 Dongdaemun shopping mall operators Monday to collaborate on the hosting of the duty-free store.

“Everyone agreed that a duty-free store is needed to revitalize the economy,” a Doosan spokesman said.

But this is a sudden turn from Doosan’s policy of seeking to become a heavy industries player. Since 1996, the company that first started as a textile merchant in 1896 has consistently sold its consumer goods businesses.

Some of the most famous units, such as Doosan Breweries, OB, Burger King Korea, KFC Korea, Jonggajib Kimchi and others, were sold and the proceeds were used to establish Doosan Heavy Industries, Doosan Infracore, Doosan E&C, Bobcat and many others.

The change of plans, reportedly made by Park Yong-maan at the last minute, stems from the ailing business performance of the company.

Due to the sluggish global economy, Doosan’s sales slid from 24.3 trillion won ($20.3 billion) in 2012 to 20.4 trillion won last year. Doosan Corp.’s debt ratio also rose from 252.4 percent in 2014 to 265.9 percent early this year. Given that returns from the heavy industries business take time to materialize, it is feared that the company may run short of cash even if it makes profits, industry watchers said.

And for that reason, the urban duty-free business -- marking around 8 percent of operating profits -- is a great attraction, industry insiders say.

On this cash-based business, Lotte’s Sogong-dong branch alone posted more than 1 trillion won in sales last year, making its rivals, including Doosan, drool over the duty-free operation. Lotte is reportedly struggling to keep its license to keep operating the Sogong-dong and Jamsil Lotte World branches, alongside SK whose Walkerhill hotel branch license is also set to expire soon. Rumors are rampant that apart from the extant operators Lotte and SK, conglomerates such as Shinsegae are also vying for a license.

Nonetheless, there are doubts whether it is feasible for Doosan to operate a duty-free store. “Doosan has little experience in retail. The Doota shopping mall is more of a commercial space-lease business than retail,” an analyst said.

“Considering the fact that the majority of the items sold are luxury goods, unless you have a fair knowledge and network in the industry, you may not even be able to sell sellable items. I am not sure whether Doosan has a solution to make up for the lack of experience and sales network,” an analyst said.