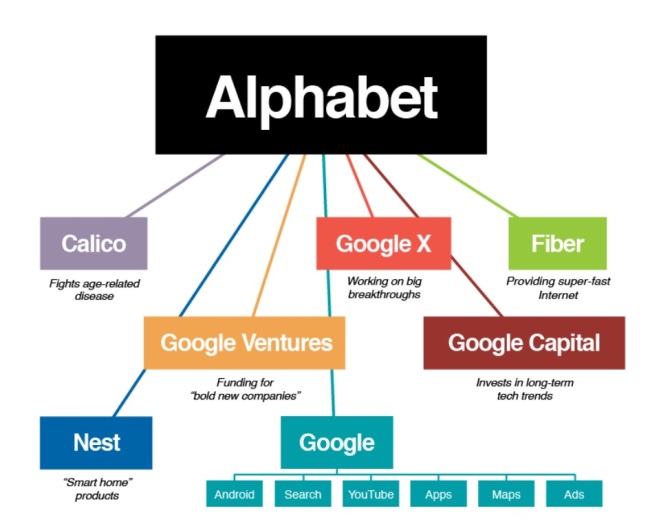 The surprise reorganization of Google under newly formed parent Alphabet gives the tech giant the ability to focus on its core business, while offering startup-like flexibility to its other projects.

The announcement Monday of the new corporate structure was generally welcomed in Silicon Valley and on Wall Street, where Google shares shot up some 3.6 percent in early trade on the news.

The plan calls for Alphabet to be the corporate parent, with an operating unit for Google and its related search operations, and a handful of other operating firms created for projects in health, Internet delivery, investment and research.

“This is a long overdue move by Google,” said Larry Chiagouris, professor of marketing at Pace University.

“It allows them to incubate these other businesses in a way that doesn‘t detract from its core revenue.”

While Google is known as the dominant player in Internet search, it has launched a variety of projects in recent years that are marginally related at best to its core operation.

Google+ social network, among others.

Many of these “moonshots” are likely to fail, according to Chiagouris, but any failure would not end up hurting the Google brand.

“It‘s important from a Wall Street perspective not to have the performance of the main company obscured by these other entities,” Kay told AFP.

“Google really only has one business, which is search and advertising. The rest is what I call science projects.”

The new structure means that “if they are not making money in drones, they can merge that with something else or spin it off,” Kay said.

Chief executive Larry Page unveiled the plan to create Alphabet in a blog post, saying he would hold the same position at the new parent group, with executive chairman Eric Schmidt doing the same.

The new units will include Google X (for self-driving cars and other new technologies), Calico (for research on aging), Nest (for home automation), Fiber (for high-speed Internet) and others.

The new operating structure “will be introduced in phases over the coming months,” according to Google’s regulatory filing, and will mean separate financial statements from the Google unit and its parent.

Jan Dawson at Jackdaw Research said that with the transformation, “it will finally become clear quite how large and unprofitable all the non-core initiatives at Google are, which might well increase pressure from shareholders to exit some of those businesses.”

Dawson said the move is also “personal” for Page and his Google co-founder Sergey Brin, who becomes president of Alphabet.

“Larry and Sergey have quite clearly been increasingly uninspired by merely running a search engine and advertising business, and this finally aligns their job titles with what they actually want to spend their time doing,” Dawson said in a blog post.

Ben Thompson, a technology analyst and consultant, said on his Stratechery blog that Page “is not a strategy and business nerd” but “for lack of a better description, a change-the-world nerd, and it seems clear that he found the day-to-day business of managing a very profitable utility to be not only uninteresting but a distraction from what he truly wanted to do.”

The reorganization comes amid concerns that Google’s dominance of the tech sector may have peaked as the landscape evolves.

Kay said the reorganization suggests that Google is ready for change.

“This is a healthy sign that Google is being dynamic about managing its business,” he said. (AFP) 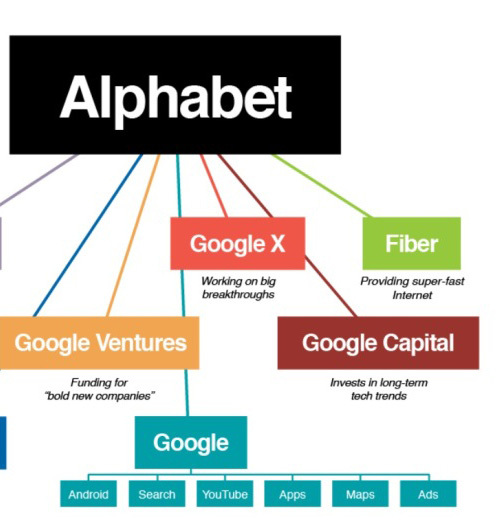