Zombies, ghosts and all things horror at BiFan

Branching out from the European genre film festivals on which it is based ― typically focused on horror and the grotesque ― the Bucheon International Fantastic Film Festival takes a wide view of the term “fantastic” to encompass “all that we cannot experience in the real world,” including sci-fi, suspense and action, according to organizers. 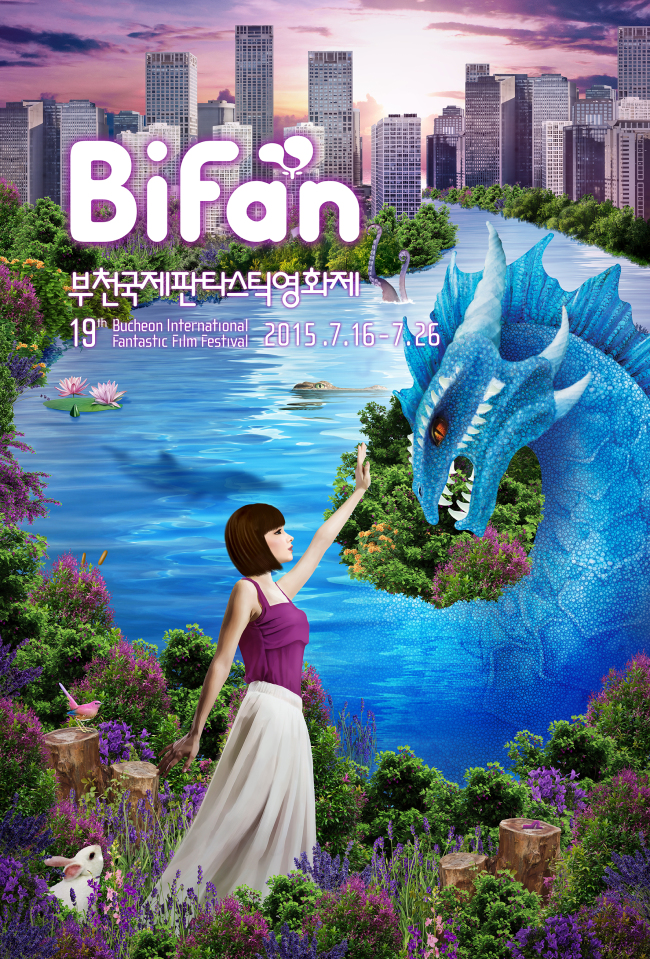 In recent years, the festival has brought such titles as Korea’s own “Invasion of Alien Bikini” (2011) and Canada’s “Eddie: The Sleepwalking Cannibal” (2012), while serving as a launchpad of sorts for Korean and international independent films.

Last year’s event was taken by storm by Norway’s “Dead Snow 2: Red vs. Dead.” The movie, in which a small European town terrorized by Nazi zombies raises Russian soldiers from the dead for a final epic zombie battle, won half the six feature film awards: best director, best actor and viewers’ choice.

With 235 films from 45 countries this year, the 19th iteration of the 11-day festival manages to fit in movies of all types, but true to its roots, monster movies ― and zombie flicks in particular ― are where it stands out.

Focusing on 2015’s theme “Love, Fantasy and Adventure,” no zombie flicks this year are in the prize competition, comprising just 12 films. But, there is still plenty of brain-eating, undead-bashing fun on offer.

For those who like a little levity with their zombies ― and perhaps find the “Piranha” and “Sharknado” series too cerebral ― “Zombeavers” will be a quick favorite. The film has its tongue bulgingly firm in cheek, as well as some of the laziest, most obvious puns uttered in cinema.

American “Zombeavers” begins with a classic set-up: teenagers partying in a cabin deep in the woods where cell phone signals won’t reach. But it improves on the trope with glowing-eyed beavers mutated by toxic waste. Short on trifles like plot and emotional investment, the movie is a great addition to the growing “zombie animals” subgenre.

Taking the undead just a little more seriously is New Zealand’s “I Survived the Zombie Holocaust.” This low-budget zombie comedy thriller begins by taking the audience behind the scenes of a low-budget zombie action thriller from the perspective of a runner on his first film set.

The flick seems to straddle the line between parody and celebration. Differentiating between extras in zombie makeup and the “real” zombies chasing them makes for amusing moments, as the on-screen director scolds the insubordinates, but it then settles into the more familiar escape and survival elements.

Also from New Zealand is X-rated “Deathgasm,” a heavy-metal fueled blood-splashing twist on the genre. After the eponymous garage band uncovers and plays cryptic, demonic sheet music, adults in the neighborhood turn to a sort of zombie-cum-demon in a spree of death to welcome a powerful demon’s return to Earth.

Giving a more Eastern perspective of the genre is Japan’s “Deadman Inferno,” combining samurai skills and zombie action. Starting as a Yakuza movie, it soon brings in the undead, all the while exploring themes of family and redemption. The self-aware movie also contains ample comedic elements, with characters of varying zombie film knowledge and inside jokes for zombie fans.

For introspective festival-goers wondering why they even like these gory zombie slashers, Canadian documentary “Why Horror?” allows a moment of self-reflection. The movie attempts to surmise the role of the wider horror genre in society and looks to the past, such as to Spanish artist Francisco Goya, for context in the exploration of the “conflict between rational and irrational.”

The central questions of the documentary seem to be “Is this normal?” and “Are we crazy?” as the enthusiast director consults psychologist experts and renowned genre directors.

The closing ceremony of the festival will be held Friday and followed by two days of special screenings for audiences, concluding Sunday.

For more information about the Bucheon International Fantastic Film Festival and a screening schedule, visit www.bifan.kr.