The Financial Services Commission recently investigated several private lenders, to find that their borrowing rate policies were all high, and did not reflect the central bank’s recent rate cuts.

On June 11, the Bank of Korea lowered the base interest rate to a record low of 1.5 percent, following the economic losses due to the outbreak of the Middle East respiratory syndrome and weak yen. This was the fourth rate cut since last August, which brought down the base rate by a total of 100 basis points in less than a year before. 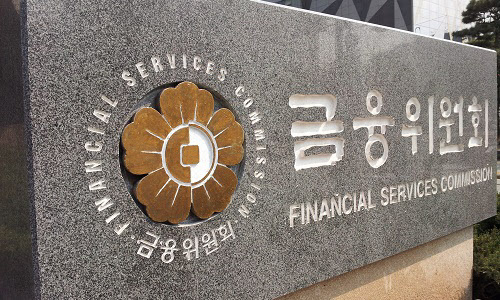 Yet the nonbanking lenders’ interest ceiling stayed fixed at 34.9 percent.

According to the Consumer Loan Finance Association, a private lenders’ association, 13 out of 20 lenders that opened up their rates had interest ceilings in January between 34.8 percent and 34.9 percent.

The FSC found the rate-adjusting system of the nonbanking lenders should be subject to revision, according to an FSC official.

Thanks to the parliamentary approval of the revised law, the FSC will take over local governments’ authority to supervise the registration and operation of the nonbanking lenders, starting as early as September.

Late last month, the FSC claimed that most private lenders could afford to lower their rate ceilings, and were choosing not to.

Yet the CLFA issued a complaint against the government on its website, striking back that lowering the interest ceiling was not “affordable.”

“The government claims that private lenders can cut advertisement costs to fill up the losses from lower rates, but this is totally groundless,” the private lenders’ association stated in a pop-up notice. Cutting the advertisement budget will lead to larger costs, as they have to hire more promotion personnel at high labor costs, the CLFA stated.

“Cutting rates in microfinance does not necessarily improve low-earners’ access to financial services,” it added.