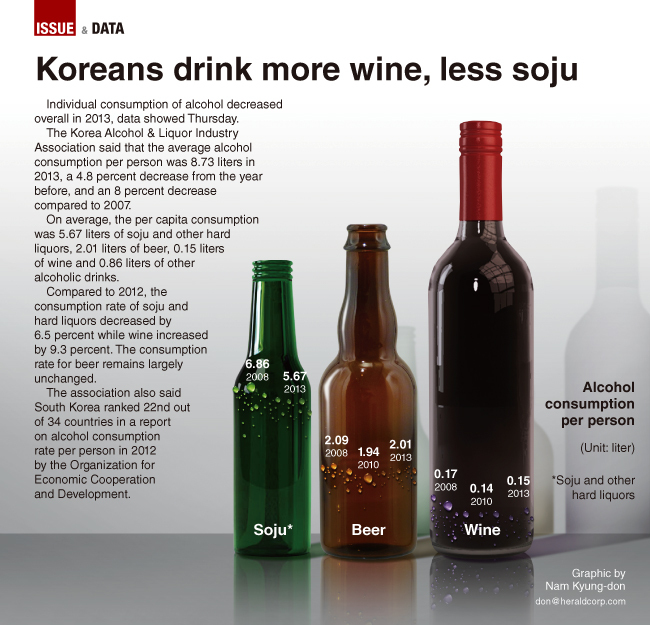 The Korea Alcohol & Liquor Industry Association said average alcohol consumption per person was 8.73 liters in 2013, down 4.8 percent from the year before, and down 8 percent from 2007.

Consumers drank an average 5.67 liters of soju and other hard liquors, 2.01 liters of beer, 0.15 liters of wine and 0.86 liters of other alcoholic drinks.

The association also said South Korea ranked 22nd out of 34 countries in a report on alcohol consumption rates per person in 2012 by the Organization for Economic Cooperation and Development.