“The city has sought investment from the Chinese retail giant, promoting the city’s geopolitical advantage, since the latter half of last year, but more time is needed for both parties to develop the details of the investment plan,’’ Incheon City spokesman Woo Seung-bong said.

The remarks came after a local newspaper reported that the port city, located 40 kilometers west of Seoul, is seeking 1 trillion won ($920 million) within its free economic zone in Yeongjongdo Island where Incheon International Airport is located.

Yeongjongdo Island is emerging as the most popular foreign investment destination in Korea mainly thanks to a growing number of Chinese visitors. 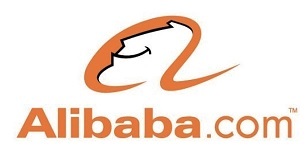 Quoting a source from the IT industry, the report said Alibaba’s mega project in Incheon will include not only business facilities like a logistics center but also entertainment facilities, including a shopping mall and hotel.

The city official, however, said nothing has yet been decided on the details of the investment plan.

During the meeting, the 51-year-old Chinese billionaire promised to materialize business deals in many sectors such as e-commerce, gaming and medical sectors.

Established in 1999, Alibaba accounts for around 80 percent of the Chinese e-commerce market. Sales of the company, which was listed on the New York Stock Exchange last September, reached 25 trillion won in 2013.