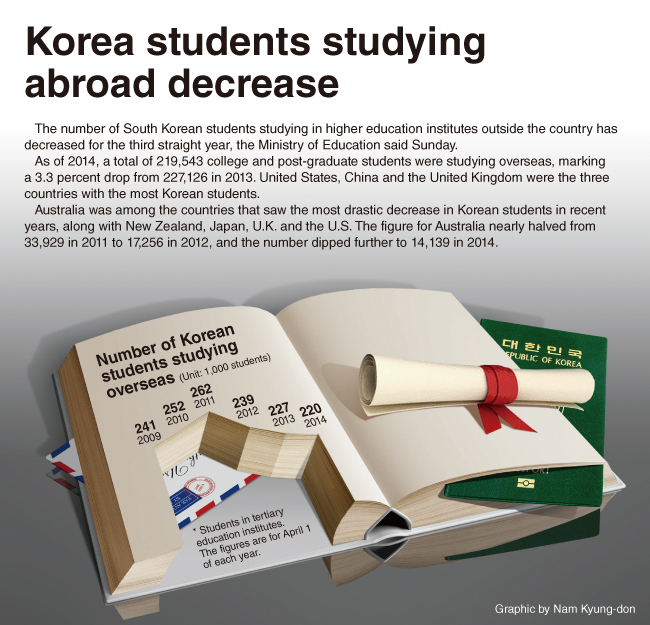 The number of South Korean students studying in higher education institutes outside the country has decreased for the third straight year, the Ministry of Education said Sunday.

As of 2014, a total of 219,543 college and post-graduate students were studying overseas, marking a 3.3 percent drop from 227,126 in 2013. United States, China and the United Kingdom were the three countries with the most Korean students.