For the production, which will be staged next month at Seoul Arts Center, the state-run company has brought in British stage director Stephen Lawless, who in previous works has displayed a balance between traditional and nontraditional approaches to the classic opera repertoire.

In a rare case here, the director will direct two operas in a row with the KNO as his 2012 production of Johann Strauss’ “Die Fledermaus (The Bat)” is scheduled for a revival in December.

In an interview in Seoul last week, Lawless talked about his connection to “Otello” and what he believes the 19th-century classic about jealousy, love and deception can offer 21st-century audiences. 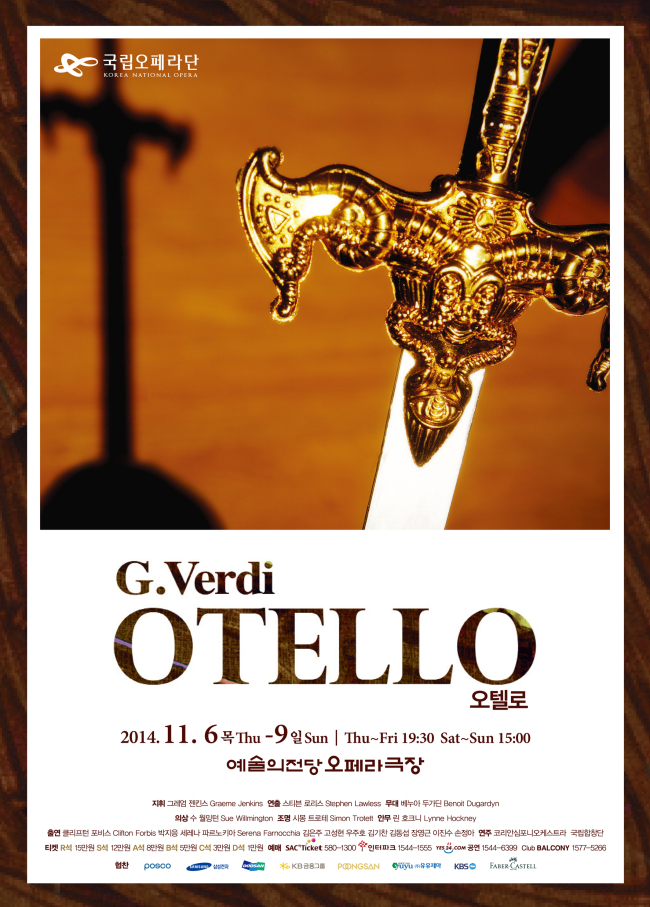 Set with tense and gripping music, which Lawless said could be in an Alfred Hitchcock movie, the opera tells how Otello, a Moor who seems to have everything in Venetian society, is undone by the psychological manipulation of Iago, who the director describes as an evil figure with a smiling face.

Begrudging the black man’s seemingly endless luck, Iago plots against him and turns a simple handkerchief into proof of the unfaithfulness of Desdemona, Otello’s loving wife. The deceived Otello ends up killing her and himself.

Lawless said the piece as well as the play is essentially about good and evil, and the complex play between the two.

To fully grasp that, one must pay attention to Iago’s credo in the opera, which is not in the original play.

“In aria, he basically says that there’s nothing after death. If that is the case, if there is no divine retribution after death, why do we need to bother being good?” he said. “What do we place in God’s place to govern us?”

Does it sound like a typical 19th-century question? Yes, Lawless continued, but it is a question that many people are still asking.

After all, in this 21st-century world, people are witnessing radical atheists just as militant as radical believers. Some people do evil things because they don’t believe in God, while others do so in the name of God.

The opera’s ending, which is sad on the surface because Otello kills himself after realizing he was deceived, offers an answer, said Lawless.

“The love music comes back, when Desdemona is dead and Otello is dying. It says the evil has not won.
“After all the horrible things that happened, and when it seems like everything is lost, there is still this glimmer of hope. Something good is still there, which is love.”

Lawless said what is also great about this opera is that it is short, concise and to the point, while it has all the grand elements of a masterpiece ― a grand chorus, an orchestra, spectacular staging and over-the-top singing by the lead characters.

In fact, so much so that it is hard to actually stage it.

Casting the right Otello is a major challenge, Lawless added.

“We’re lucky to have the two Otellos. The two are very different. (Clifton) Forbis is a very experienced Otello, while Rudy Park is very young,” he said of the two tenors sharing the role.

The KNO production of “Otello” will be staged at the Opera House of Seoul Arts Center from Nov. 6-9. Renowned opera conductor Graeme Jenkins will lead the Korea Symphony Orchestra in the pit. Tenor Clifton Forbis will sing opposite soprano Serena Farnocchia as Desdemona, with the other pair being Korean tenor Rudy Park and soprano Kim Eun-joo.