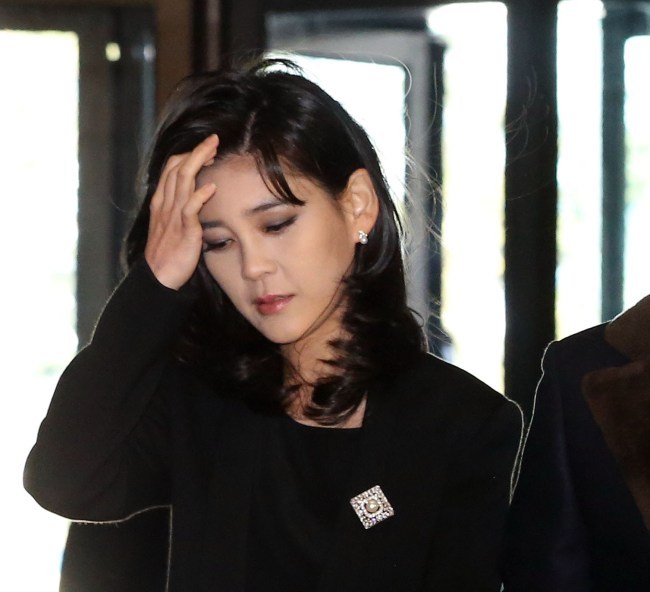 It was not immediately known when Lee took the legal action and why she decided to end her 15-year marriage life with Im, executive vice president at Samsung Electro-Mechanics, which is one of the main suppliers of Samsung Electronics.

According to the report from the Chosun Ilbo, a leading vernacular daily, Lee, 44, submitted the divorce documents to Seongnam District Court in Gyeonggi Province. The documents included one calling for her custody and legal guardianship of their only son.

The couple met for the first time while participating in corporate social activities and got married in 1999.

The divorce suit comes at a time when chairman Lee is being under medical treatment after suffering from a heart attack in May. Samsung said his condition is improving and reports were that he might be discharged from the hospital soon.

Chairman Lee has one son --  Jay-yong who is vice chairman of Samsung Electronics, -- and  two daughters --  Boo-jin and Seo-hyun.
(khnews@heraldcorp.com)