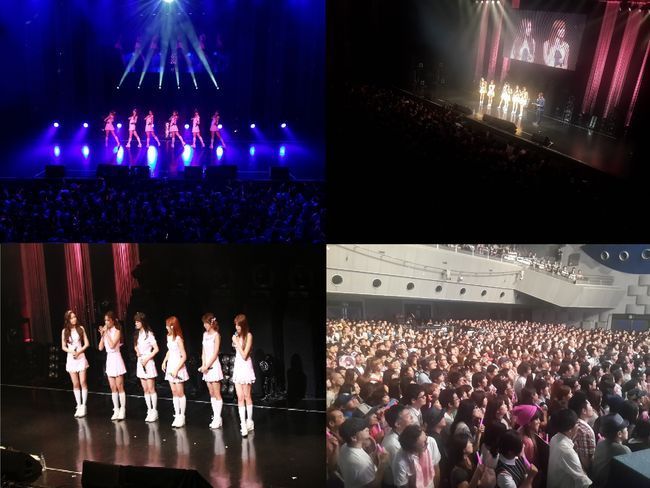 The girls of K-pop girl group Apink held a showcase in Osaka on Saturday, to the passionate support of fans, the second of its kind after the event in Tokyo.

The group was staged at Namba Hatch concert hall in Osaka, with about 4,000 fans packing the venue.

Apink held its debut showcase in early August, and the group will reveal its debut single “NoNoNo” on Oct. 22.

“Apink has gained tremendous popularity, with more than 50,000 fans applying for the first showcase which could seat only 2,000 people. That is why the girl group held additional showcase in Osaka this time,” an official from ACUBE Entertainment, the group‘s management agency, said.

In the showcase, the six-member K-pop girl group performed the title song of the fourth album, “Mister Chu,” and also other songs including “I Don‘t Know,” “NoNoNo” and “Hush.”

“We are so happy and really appreciate that our fans came to see us here again. Please keep supporting us,” Apink was quoted as saying through their management agency.

Apink will release its single album with hit songs “NoNoNo” and “MyMy” in Japan in October.