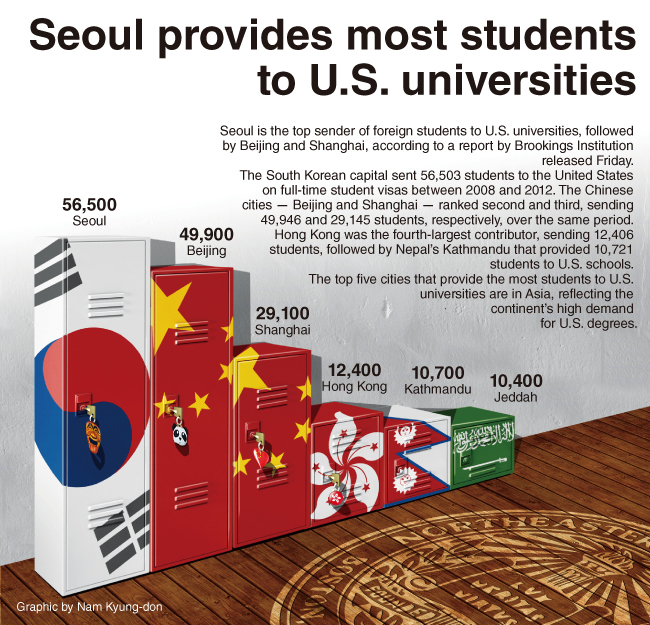 Seoul is the top sender of foreign students to U.S. universities, followed by Beijing and Shanghai, according to a report by Brookings Institution released Friday.

The South Korean capital sent 56,503 students to the United States on full-time student visas between 2008 and 2012. The Chinese cities ― Beijing and Shanghai ― ranked second and third, sending 49,946 and 29,145 students, respectively, over the same period.

The top five cities that provide the students to U.S. universities are in Asia, reflecting the continent’s high demand for U.S. degrees.