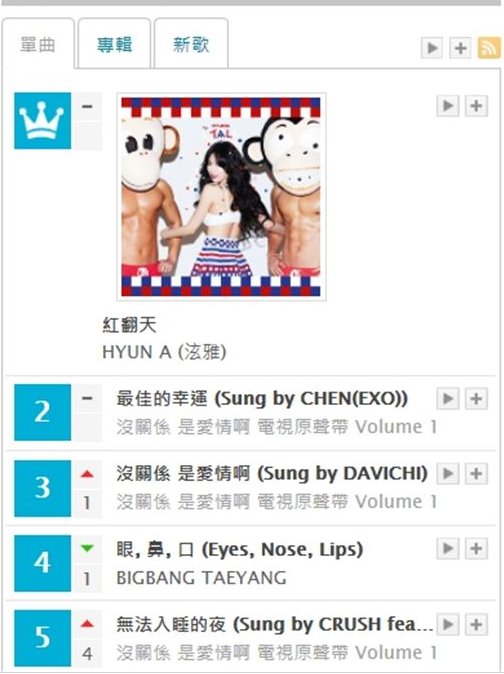 HyunA has made it to the No. 1 spot on Taiwan’s music charts.

According to the biggest music site in Taiwan, “KK BOX,” HyunA’s “RED” has kept its position at the top of the chart for three consecutive days from Sunday.

The song first entered the charts on Aug. 21 and topped the “K-pop new songs” and “K-pop single” charts four days after it was released.

HyunA has proved her popularity in Chinese-speaking countries and is now working on filming commercials and doing photo shoots.