The Seoul bureau of the Japanese newspaper speculated in its Aug. 3 online edition that Park was not at Cheong Wa Dae when the ferry capsized on the morning of April 16.

Citing rumors in the stock brokerage industry, Sankei Shimbun alleged that Park was staying outside the presidential office at the time with a man seen as a key adviser to her. The newspaper said that she had allegedly left the office for about seven hours on the day.

The report angered a Korean advocate for conservatives, who filed a defamation suit against the Sankei Shimbun Seoul bureau on Aug. 9 with the law enforcement agency. 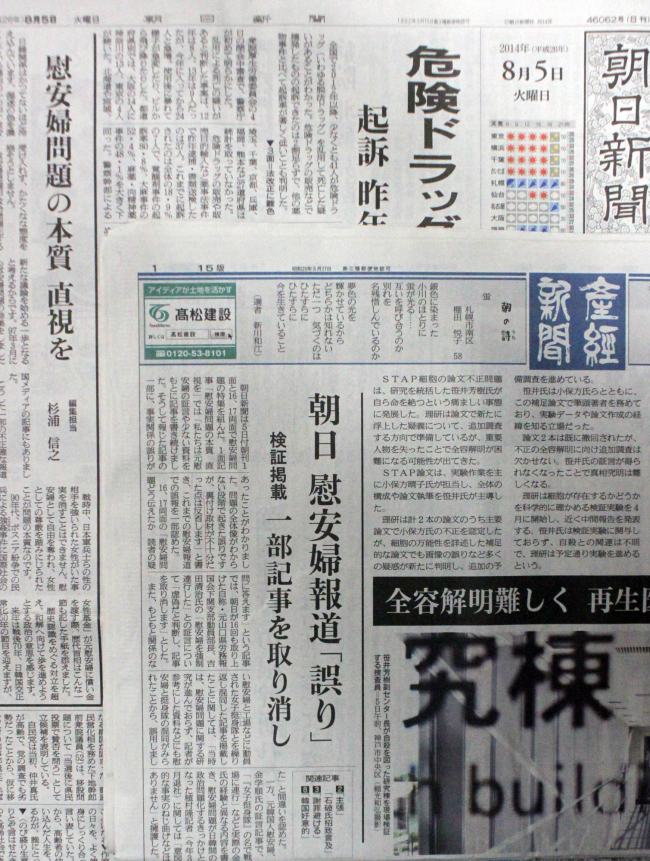 Following receipt of the complaint, the Seoul Central District Prosecutors’ Office issued a travel ban on the head of the paper’s Seoul bureau, Tatsuya Katou, 48, and summoned him to appear at the investigative office on Aug. 12.

Rumors in the securities industry earlier speculated that Park was staying with Chung Yoon-hoi, her former key aide, at a private residence in Seoul.

In a statement, Sankei Shimbun claimed that it had referred to statements from the National Assembly and a column in a Korean newspaper.

“It is hard to understand why the prosecution summoned (our Seoul chief) over this article,” it said.

According to some political affairs pundits, Chung has been a key adviser to Park since 1998, when the president entered the Assembly after winning the by-election for the Dalseong district constituency in Daegu.

However, not much of Chung’s personal history is known by the public. Some only alleged that he graduated from Seoul High School.

The prosecution said it poised to determine whether to take criminal disciplinary action against the Japanese newspaper after questioning the Seoul chief two or three times.

Senior policymakers and the Korea Coast Guard have been denounced for taking lax emergency measures on the Sewol sinking accident, which caused the death toll of 294 people with 10 missing as of Aug. 10.