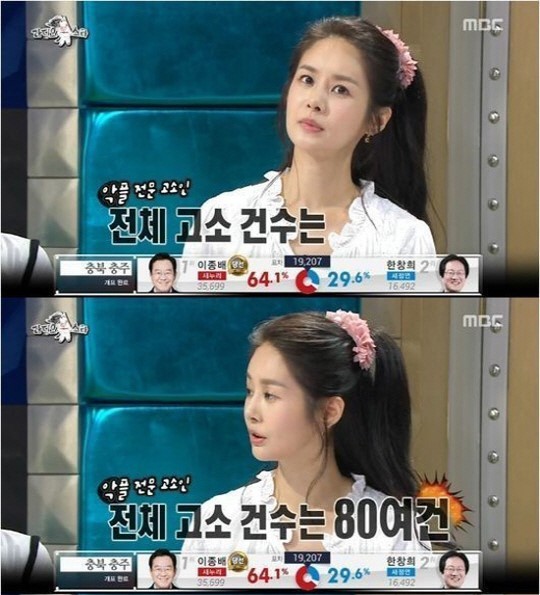 Actress Kim Ka-yeon has reported about 80 malicious netizens to the police for posting humiliating comments about her family, the actress said on MBC reality talk show “Radio Star” aired on Thursday.

“I reported about 80 trolls to the police, and had about 40 of them prosecuted,” the 42-year-old actress said. “I can manage with the insults and criticisms (targeting me), but I am determined to take action against the low-key ‘pae-drip’ kind of jokes that attack my family,” she added.

The actress also claimed that, as a mother, she especially could not stand some comments that make fun of her 19-year-old daughter from her previous marriage. These comments maliciously connected the girl to her 35-year-old stepfather, Lim Yo-hwan.

Lim is a former professional gamer and currently an e-sports coach for the Slayers.